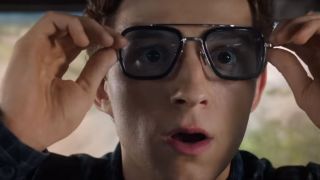 It’s a crossover that would make Spider-Man: Into the Spider-Verse look like a walk in the multiverse. Getting all three live-action Spideys together – Tobey Maguire, Andrew Garfield, and Tom Holland – feels like the stuff of pipe dreams and fan fiction. But Spider-Man: Far From Home producer Amy Pascal, who also helped broker the arrangement between Sony and Marvel to get the webhead back in the MCU, isn’t saying no to the possibility of it ever happening. Which is… interesting.

Speaking to BadTaste.it (H/T ComicBook.com), ex-Sony producer Pascal isn’t denying the chances of a live-action team-up when asked about the chance of involving the trio of actors who have pulled on the webbed mask.

“There are [possibilities],” Pascal says, before adding something that’s bound to get fans excited for a realistic shot of Maguire and Garfield swinging on by one more time “Everything is possible.”

This talk hasn’t come out of nowhere, of course. Spider-Man: Far From Home is (potentially, if you believe Mysterio) introducing the multiverse into the MCU. If Into the Spider-Verse has taught us anything, anyone can show up from anywhere, including sentient cartoon pigs and Nicolas Cage. I’m not sure which one was stranger.

It’s a story beat that Pascal calls “extremely exciting,” and is extremely effusive about the multiverse in general: “In this sense the multiverse is a winning idea, because it opens up endless possibilities.” Pascal also describes the Maguire/Garfield/Holland crossover as “very interesting,” which could be the understatement of the decade.

Me? I’m full on unironically hoping this happens in the very near future. A still-naïve Tom Holland coming face to face with a dancing Tobey Maguire from Spider-Man 3, all while Andrew Garfield is moping after Gwen Stacey? Sign. Me. Up.

I'm not saying that this Spider-Man crossover would shoot right to the top of our best superhero movies list but... yeah, it probably would.