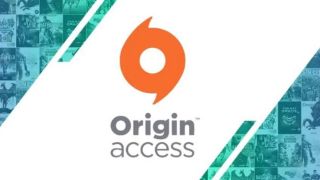 Two years ago, EA launched EA Origin Access, a subscription program which gave PC players access to a large swath of EA's library for just $4.99 / £3.99  per month (or $29.99 / £19.99 when purchased in 12-month blocks). It started out pretty light, with just 15 titles to choose from, but has since expanded exponentially. (NOTE: This is different from EA Access, a similar subscription-based game buffet available on Xbox One. EA Origin Access Premier is, for now, expected to arrive solely on PC.)

So, how does EA Origin Access Premier (and yes, it really is that clunkily-worded, and yes, the lack of an 'E' at the end of "premier" is definitely making my eye twitch a little) differ from the base version? The biggest addition will be instant access to new games as they release. So, for example, if you have the base version of Access but want to play Anthem, you'll have to go buy a copy. But if you have Access Premier, you'll get to play once it comes out - it (and all other new EA games) will be included as part of your subscription.

The other major feature unique to Access Premier is being able to stream games instead of needing to download them. That'll help keep your hard drive from getting too cluttered, or needing to set aside a night purely for downloading and installing EA's ever-more-massive games.

Unfortunately, no pricing for EA Origin Access Premier was announced, nor is there a solid release date. EA did confirm it will arrive later this year, so hopefully we'll hear more soon.

EA made the announcement as part of its EA Play press conference - be sure to check out the E3 2018 schedule to see when the other major players will announce their news, and keep an eye on our list of E3 2018 games to see all the titles coming your way.