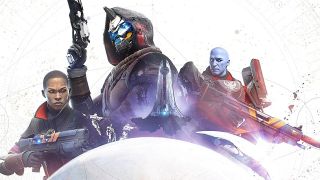 Update 4:52pm EST: Destiny 2 servers are up, sort of, but many players are still having trouble accessing the game. The official Bungie Help account confirms that many people who are trying to log into the game are encountering Weasel errors instead, indicating that Bungie still has more work to do to get the Destiny 2 servers back into working order.

Issues impacting Destiny 1 and Destiny 2 services are still under investigation. Players logging in may encounter a variety of error codes, most prominently WEASEL.https://t.co/vnO9hvI9BKNovember 22, 2019

Destiny 2 servers have been down for a few hours as of November 22, and while Bungie says it's working on a solution, it hasn't been able to say when players should expect the disruption to be over.

We are continuing to investigate this issue and are making progress towards resolution. Thank you for your patience while we provide further updates. https://t.co/vnO9hvI9BKNovember 22, 2019

Bungie hasn't said what set off the issue, but it does mean, players have had a tough time tracking down the Destiny 2 Xur location to get their allotment of exotics this week. We'll update this article once Bungie gives the all-clear, hopefully - or with more information about how long the Destiny 2 servers down situation will last.

As of 1:20pm EST on Tuesday, October 8, Destiny 2 servers have been taken offline for another round of "emergency maintenance," as Bungie confirmed on Twitter. The maintenance comes just 20 minutes after the release of a PvP hotfix, but curiously, Bungie said it didn't expect any downtime. So it would seem that the double-whammy of the hotfix and the weekly reset, which introduced some new Destiny 2: Shadowkeep content, crossed a few wires somewhere.

Destiny 2 services are being brought offline for emergency maintenance.Stand by for updates.October 8, 2019

Whatever the cause, Destiny 2 is currently offline. All players have been kicked to the main menu, and attempting to log in results in one of two things: 1) an endless "One moment please" server queue or 2) a string of Weasel and Guitar errors which keep you in log-in purgatory. Either way, you're probably not getting in, and even if you are able to log in, good luck actually doing anything.

Hopefully this bout of emergency maintenance is shorter and less severe than the downtime that plagued Shadowkeep's launch. Between enormous server queues, in-game lag, and periodic outages, the expansion's launch was less than silky smooth. The simultaneous release of Destiny 2: New Light, Shadowkeep, and the Steam version of the game, coupled with the flood of new and returning players, was likely to blame for the day-one issues, but the cause of today's outage is probably more specific. If we're lucky, it'll also be easier to resolve.

We'll update this story as Bungie releases new information and as the servers begin to come back online. In the meantime, you can read up on how to get the Divinity Destiny 2 Exotic and how to clear the Destiny 2 Eyes on the Moon mission and unlock the new Vex Offensive activity.