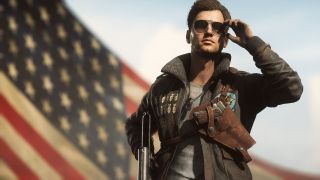 DICE is launching its next major content drop to Battlefield 5 next month, entitled Chapter 6: Enter the Jungle and will be releasing as a free update to PC and console players on February 6.

Following last year's War in the Pacific expansion, which brought back fan favourite map Wake Island to the first person shooter, Chapter 6 will "go deeper into the Pacific Theater", with new maps set in the Solomon Islands alongside more weapons, gadgets, Elite characters, and progression rewards.

Check out the trailer below:

DICE is also selling a Chapter 6 Premium Booster Pack, which contains 2,000 Battlefield Currency, three Special Assignments, and a 20% Chapter XP Boost, alongside a variety of other digital goodies.

Enter the Jungle is just the second stage of Battlefield 5's year two plans, which hopes to revitalise the game and bring back new players following a rocky launch period, marred by netcode and balancing issues that DICE is still grappling with today.

Hopefully the studio's efforts will begin to see the game make a Star Wars Battlefront 2 style comeback, but - hey - if you're less hopeful, EA has already confirmed that Battlefield 6 is in the works for next-gen. You can read more about Chapter 6, and pick up your copy of Battlefield 5, here.

See what else we loved in the last 10 years with our look back at the 100 best games of the decade, or watch the video below for a highlight reel.