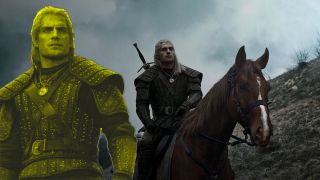 The Witcher Netflix series is nearly here, and expectations are high. In a new interview, showrunner Lauren Hissrich explained exactly why Henry Cavill is her Geralt of Rivia, and revealed that the show's themes will be more Game of Thrones than PG-13.

"Looking at the final product, it’s really exciting. He embodies Geralt in a way that I don’t think anybody else could," Hissrich said of Cavill while speaking with Entertainment Weekly.

"I met him at the very beginning of the process. He said, 'I would love to play this character.' I said, 'Henry, you’re amazing, but we haven’t even started thinking about casting yet.' Then I met 207 other possible Geralts. And I came back to Henry at the end," she said. "And once I started writing I couldn’t get Henry’s voice out of my head for the character."

She also promised that fans would be impressed by how Geralt looks in the show and that he will "definitely have some of the things fans love the most in the books."

Asked about the expected audience for the show, Hissrich dismissed assumptions that The Witcher Netflix series would have a family-friendly, PG-13 feel.

"I’ve been rewatching dailies and my kids aren’t allowed to look at the screen anymore after one of them snuck around and saw something they shouldn’t have seen and it scared him," she said.

"It’s a very adult show. I will add it was important to me that any violence or sex drives the story and is not there just for shock value. I think audiences are really savvy and know when we’re doing stuff to just shock them versus do stuff that really drives the story."

Hissrich said she didn't know when a trailer was coming, but now that the most vital casting decision has been made, it can only be a matter of time.