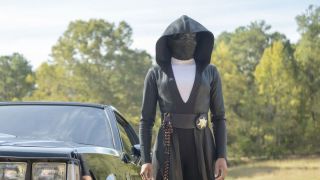 Don't hold your breath waiting for answers to that Watchmen cliffhanger, as it looks like season 2 is not happening.

According to USA Today, showrunner Damon Lindelof told the publication that "he's told the story he wants to tell and has no interest in a second season" but he's given his blessing to HBO, should the company want to create another season with a different writer-producer. And considering HBO executive Casey Bloys recently told USA Today the second season was entirely in Lindelof's hands, and "it would be hard to imagine doing it without Damon involved in some way", the future doesn't look too bright.

The first season of Watchmen enjoyed rave reviews from fans and critics alike, with Lindelof taking Alan Moore and Dave Gibbons’ graphic novel as source material and morphing it into a world of its own that eerily echoed modern society.

This may be upsetting, but it's certainly not a surprise. Lindelof has openly spoken about his hesitancy to do another season of Watchmen and discussed it as more of a one-and-done, limited series kind of event. He told Vanity Fair: “Whether or not I’ll be involved will be driven almost entirely by whether or not I come up with an idea that I feel is worthy of telling another story… But it’s its own thing – it’s so much bigger than me.” Looks like he couldn't come up with anything compelling...

Even though HBO has said it can't imagine what Watchmen season 2 would look like without Lindelof, this is the same company that gave us True Detective season 2, so anything is possible. As for now, however, don't count on a second season of the Robert-Redford-as-president alternate universe - which isn't necessarily a bad thing, as dragging out a series' existence doesn't always have the best results (see True Detective season 2).

Spoilers abound, but check out the Watchmen season 1 ending explained.