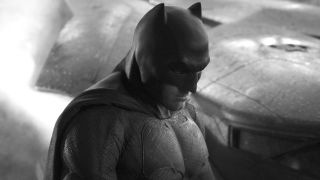 After a series of underperforming flicks that saw Henry Cavill and Ben Affleck exit from their roles as Superman and Batman, Robert Pattinson could be taking the reins as the caped crusader.

Variety is reporting that the Good Time actor is in talks to be the next dark knight in Matt Reeves upcoming movie. It's currently slated for 2021 and is expected to start production this summer. Talks aren't finished yet, but Pattinson is the frontrunner and is expected to close the deal soon.

The news has only been out for a short while and the internet is already exploding in response. Fans aren't sure if the Twilight actor can do the comic book powerhouse justice on the silver screen.

Pattinson has been doing a lot since his vampire days though. He starred in the fantastic Good Time in 2017 and is featured in a number of upcoming movies including Robert Eggers fantasy horror film The Lighthouse. It's clear that Pattinson's range extends beyond the role that made him a celebrity.

Matt Reeves is no stranger to blockbuster films either. He's helmed the last two Planet of the Ape films and Cloverfield. He took over for Affleck in directing Warner Bros. standalone Batman movie in 2017.

It's not clear whether or not Pattinson will join the current makeup of superheros with Jason Momoa, Gal Gadot, and Ezra Miller who play Aquaman, Wonder Woman, and The Flash respectively. Joaquin Phoenix is helming a standalone Joker movie releasing later this year, maybe we'll see something similar here.

Want to check out more Batman movies before Pattinson dons the cape? Check out our list of the top 50 moments in Batman's history on the silver screen.