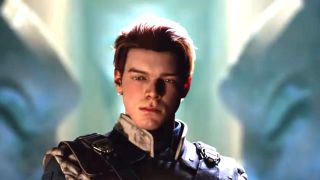 For Star Wars Day everyone was waiting for some news about Respawn’s highly anticipated Star Wars Jedi: Fallen Order, and thankfully the studio gave a little tasty morsel of news for us salivate over until June. Respawn has confirmed we’ll finally be getting a glimpse of the gameplay for the long awaited Stars Wars action adventure at EA Play and E3 next month. The studio took to Twitter yesterday to confirm the news with a promise of more details to come soon.

Mark your calendars, your first look at #StarWarsJediFallenOrder gameplay will be next month at EA Play and E3! More details to come. #MayThe4thBeWithYou pic.twitter.com/NZhVEpJG7mMay 4, 2019

After the news that the Fallen Order will be releasing November 15, 2019, we were already anticipating the possibility of seeing some gameplay at EA’s event, but it’s great to get some confirmation. So far all we’ve seen of the Fallen Order is a cinematic trailer which introduced us to the new protagonist and gave us a little teaser of the storyline.

The trailer debuted at the Star Wars Celebration 2019 event back in April, where head of Respawn Vince Zampella also confirmed the Fallen Order will have no microtransactions or multiplayer. Since then we’ve learned a lot about the story-driven adventure in a galaxy far, far away. We know it will be set during the dark times and follows the journey of Cal Kestis, a young padawan trying to survive in the aftermath of Order 66 - the order Emperor Palpatine executed in an effort to purge the galaxy of all Jedi.

So far Respawn’s foray into the Star Wars galaxy has been confirmed for PC, Xbox One, and PS4 and will feature plenty of lightsaber swinging action. The EA Play event is set to kick off on June 7, 2019, but so far no further details about the times of specific game showcases have been released.

Want to know more? Check out our in-depth look at how Respawn is leaning into the dark times with the Star Wars Jedi: Fallen Order story.