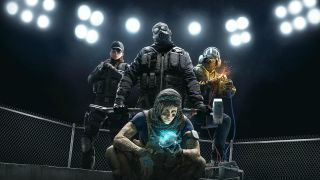 An image detailing the contents of the Year 5 pass for Rainbow Six Siege has popped up online.

Whilst we wouldn't usually take a single image on Reddit as gospel, a Ubisoft rep has subsequently responded to the post and expanded a little on the upcoming changes, which implies it's a legitimate leak.

Details of the latest pass – not to be confused with the battle pass, of course – intimates we'll see fewer Operators this time around, as well as the removal of the usual 600 R6 credits, with many players speculating they'll be bundled in the battle pass instead. Ubisoft further clarified that going ahead, the team is "focused on features that benefit all players" which will "lead to additional content for all players, such as free events, extensive reworks, and other core gameplay features".

As for what will be included? Here's what we know so far:

For now, that's all we know, but we can expect more information at the Six Invitational scheduled to run next month, including clarification on why Ubisoft is releasing just six Operators in Year 5.

"As our Game Director, Leroy Athanassoff stated, 'We are investing our resources on building more features and systems that will impact every player in every match'," the Ubisoft spokesperson said in response to the post on Reddit.

"The Year 5 Pass reflects this direction focused on features that benefit all players, not just those playing the newest Operators. It will lead to additional content for all players, such as free events, extensive reworks, and other core gameplay features. More details on why we are releasing six Operators in Year 5, as well as how that leads into Year 6 and beyond will be shared during the Six Invitational in February."

In other Rainbow Six Siege news, we also reported today that Ubisoft is suing the owners of a website that it believes helped facilitate denial-of-service (DDoS) attacks organised to take down the servers it uses to run Rainbow Six Siege.

In a lawsuit filed in California at the end of this week, Ubisoft states the individuals were "well aware of the harm" the company causes and insisting the "defendants have gone out of their way to taunt and attempt to embarrass Ubisoft for the damage its services have caused to [Rainbow Six Siege]".

"In order to maintain Ubisoft's strong community of dedicated R6S players, Ubisoft has invested considerable time, money, and effort into ensuring that all of its players have a positive, fun, and rewarding experience each time they play R6S," the lawsuit – which seeks damages and legal fee costs, as well as the closure of the websites concerned – stated.

Looking for the latest on Rainbow Six Quarantine? We've got you covered, Operator.