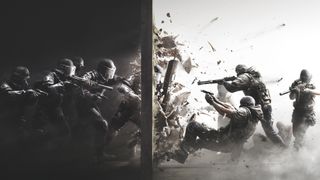 Ubisoft is suing the owners of a website that it believes facilitated denial-of-service (DDoS) attacks organised to take down the servers it uses to run Rainbow Six Siege.

In a lawsuit filed in California at the end of last week (thanks, Polygon), Ubisoft is holding both a company and a number of individuals and their aliases responsible for DDoS attacks that disrupted its servers, citing the individuals were "well aware of the harm" the company causes and insisting the "defendants have gone out of their way to taunt and attempt to embarrass Ubisoft for the damage its services have caused to [Rainbow Six Siege]".

"In order to maintain Ubisoft's strong community of dedicated R6S players, Ubisoft has invested considerable time, money, and effort into ensuring that all of its players have a positive, fun, and rewarding experience each time they play R6S," the lawsuit – which seeks damages and legal fee costs, as well as the closure of the websites concerned – stated.

The website cited in the filing offers payment plans to clients ostensibly looking to "test" website security against DDoS attacks. However, Ubisoft purports to have evidence that the website not only targeted its own servers, but also that "Fortnite, FIFA 20, and Call of Duty: Modern Warfare 4" servers are "potential targets", too.

"Defendants are members of a business enterprise that provides its customers with subscription-based access to software and other online services designed to enable their customers to perpetrate targeted denial-of-service and distributed denial-of-service attacks (the "DDoS Attacks") on the computer servers that enable R6S players to play and compete in the game, defendants have offered the DDoS Services through various domain names, websites, and anonymous online aliases [and t]he DDoS Attacks that Defendants enable and facilitate are designed to disrupt and impede the functioning of the R6S servers, often disconnecting all of the players playing R6S on the targeted server," the filing states.

"By this lawsuit, Ubisoft seeks to stop an unscrupulous commercial group of hackers and profiteers dedicated to harming Ubisoft's games and destroying the R6S player experience for their own personal financial benefit."

"And even when the DDoS Attacks do not completely destroy existing matches, they can, and regularly do, impede the normal operation of the game, including by causing severe degradation of the game experience for legitimate players," it added.

In other Ubisoft news, in a further attempt to shake up the template of many of its key franchises, the company is reportedly restructuring its "editorial team", an influential group of creatives that influence the company's various projects.

The group of approximately 100 designers have "overseen" the development of all of its titles, advising on numerous aspects of development, from visuals to narrative design. Though not on the development teams themselves, it's thought the editorial team – via an advisory system that has been employed at Ubisoft for twenty years now – has had a significant influence on development, taking its "learnings from one project [and] feeding into the next".

In a formal statement, a Ubisoft spokesperson acknowledged the shakeup, saying: "We are reinforcing our editorial team to be more agile and better accompany our development teams around the world as they create the best gaming experiences for players."

Looking for the latest on Rainbow Six Quarantine? We've got you covered, Operator.