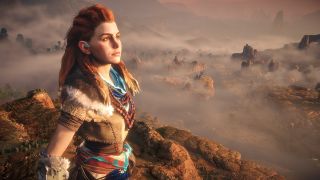 PS4 update 4.00 is rolling out today, and you won't need one of those fancy PS4 Pro systems to enjoy most of its new amenities (though it certainly wouldn't hurt). We've seen bits and pieces of the updated feature list before, including vastly improved sorting functions and a Quick Menu that's actually quick, and a new post to the PlayStation Blog adds improved Spotify controls and dashboard revamps to the lineup.

The biggest unannounced feature is that update 4.00 (codenamed Shingen after the Lord Takeda Shingen, if you're following the feudal Japanese naming scheme) will take advantage of the faster-launching, less-screen-obscuring Quick Menu with a dedicated Music section. From there you can pause, skip, and otherwise control your tracks and playlists. Try queuing up our very own GamesRadar+ Spotify playlist as you trawl for new exotics in Destiny.

The What's New and Content Info Screens have also been polished up to display more useful options faster. And you can start taking advantage of HDR displays (and HDR-compatible games) no matter what kind of PS4 you're on as Sony announced last week. New 1080p/60fps streaming options for Remote Play and Share Play have been added as well, though you will need a PS4 Pro to take advantage of those.

If you're still not sure about HDR then check out these two GIFs from Watch Dogs 2. The top is on a pro, the bottom on a normal PS4 without the HDR update. You should be able to see a difference in the black, shadows and contrast.

If you're planning to get a PS4 Pro (or just to slim down with a new PS4), then you're the target demographic for this last new feature: data transfer over a wired LAN connection. This means you can move your user info, games, and saved data from your old system to your new one without the slow cloud solution or hard and/or thumb drive swapping ritual required before.