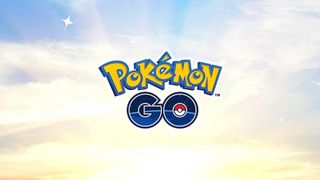 The February Research Breakthrough encounter has already kicked off and is set to run until March 1 at 1pm PST / 9pm GMT. During the encounter, you'll be able to catch the bat Pokemon Woobat with bonus Woobat candies. The Pokemon has been specially chosen for the Valentine's Day season because of its heart-shaped nose. Aww. Apparently the heart-shaped mark it leaves on skin is said to bring good fortune. "We hope the encounter with Woobat will bring you not only good luck but also a new friend," the update post states.

From February 4 at 1pm PST/ 9pm GMT  to February 25 at 1pm PST / 9pm GMT, the Cyclone Pokemon Tornadus will be in five-star raids. The legendary Pokemon originally appeared in Pokemon White and Black, and is said to "create wind so powerful that everything surrounding it gets blown away."

There's also a special Sinnoh region celebration event taking place from February 7 at 8am to February 10 at 10pm local time. Pokemon originally discovered in the Sinnoh region will appear more often in the wild and in raids. Eggs obtained during the event will exclusively hatch Sinnoh Pokemon including Combee, Bronzor, Budew, Gible, Riolu, Mantyke, and Hippopotas, with the chance to encounter Shiny Riolu or Shiny Hippopotas.

Of course this month we'll be getting all lovey dovey with Valentine's Day right around the corner, and Pokemon Go is no exception. During the "season of love," from February 14 at 8am to February 17 at 10pm local time, pink Pokemon will appear more often in the wild, in raids, in eggs, and as field research encounters. Audino and Alomomola will also be making their Pokemon Go debut, but they're said to be rare. Here's to hoping you'll have some good luck on your side.

During the event, lures will last for six hours and there'll be a 2x catch candy bonus. And most exciting of all, you have the chance to hatch a shiny Happiny or encounter a Shiny Chansey in the wild. On February 15 from 2pm - 5pm local time, there will be a special Raid Day featuring Lickitung, because pink Pokemon. Lickitung will be in four-star raids and know Body Slam. You also have the chance to encounter a shiny Lickitung.

And finally, a special friendship weekend event is set to take place on February 21 at 8am to February 24 at 10pm local time. Friendship levels will increase faster, you'll get 2x trade candy, 1/ 2 trade stardust cost, and the number of gifts will increase to 40, and you'll be able carry up to 20 gifts at a time. A very hearty February update is coming to Pokemon Go, with special Valentine's Day celebrations, the introduction of new Legendary Pokemon, Shadow Legendary Pokemon and research breakthrough encounters.

Setting out to be the very best? Here are all the Pokemon Go tips you need.