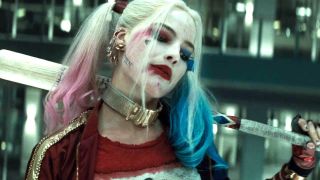 With David Ayer off directing Gotham City Sirens, Suicide Squad 2 needs someone to step into the breach for its own unique brand of wackiness: Say hello to The Accountant director Gavin O’Connor.

Having cut his teeth on critically-acclaimed movies Warrior and, back in 1999, Tumbleweeds, as well as Pride and Glory, O’Connor is moving up to the superhero big-leagues. He’s sure to bring with him his own brand of intense, visceral style and, hey, he’s worked with Ben Affleck before too. Get your tin foil hats on.

Read more: Every upcoming DC Extended Universe movie until 2020 and beyond

Not only is O’Connor on board to helm the Suicide Squad sequel, Variety is reporting that he’s also slated to write the project, having also penned Warrior back in 2011. The internet, though, are a fickle bunch – so what have they made of the news? Do they even know who he is? And will the movie be any good? (Answers: Positively, kinda, and who knows!)

Gavin O' Connor for Suicide Squad? Tbh i don't know who that is but i hope he does good with it.September 7, 2017

Gavin O Connor to direct #SuicideSquad2 What other films he directed!!!September 6, 2017

Me getting ready to like the #SuicideSquad director news pic.twitter.com/tB4Wj8weGnSeptember 6, 2017

I think O'Conner can do for SuicideSquad what Mangold did for the Wolverine franchise. Maybe not to the same degree, but hes a good directorSeptember 7, 2017

Others are (wisely) tempering expectations

Gavin O’Connor isn’t a bad choice for #SUICIDESQUAD2. The Accountant, Warrior & Jane Got A Gun all have merits that lend themselves to SquadSeptember 6, 2017

Can't make Gavin O'Connor #SuicideSquad2 video until tomorrow afternoon, but will say wish was only directing. Little too Ayer-esque IMHO...September 6, 2017

There was a big fight over who was going to direct 'Suicide Squad 2' and it looks like Gavin O'Connor lost cuz he has to do it. #PoorGuySeptember 7, 2017

And, finally: a Mel Gibson reference. Because reasons.

I'm a massive fan actually (especially 'The Accountant'), but.... I was promised Mel Fucking Gibson.What gives?September 7, 2017