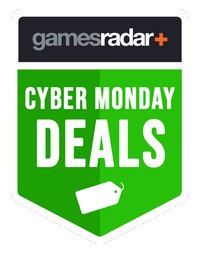 If you are looking for a new console (or wondering where to buy Nintendo Switch OLED), it's worth noting that the best Nintendo Switch bundles may have run out by now, but if you're after a Nintendo Switch Lite or a vanilla Switch, you're still in luck.

Where to find the best Nintendo Switch Cyber Monday deals

We'll be rounding up all the best Cyber Monday Nintendo Switch deals right here, but if you're going it alone you'll find a list of recommended retailers and their specialties just below.

Nintendo Switch Lite | AU$279
Sure, without detachable Joy-cons you're running the risk of permanent stick drift (here's how to fix it) but this is a brilliant price for the Nintendo Switch Lite if you're just after a portable gaming device: AU$50.95 off leaves to extra cash for games. This price applies to the turquoise, grey, yellow, blue and coral colours.

Nintendo Switch Pro controller | AU$79
For Switch owners who do a lot of TV couch gaming, a Pro controller is pretty much essential. This AU$20.95 discount should make that luxury a little easier to justify. Via Amazon.

Metroid Dread | AU$59
One of the most acclaimed games of the year gets a nice steep discount, only weeks after release. That's a rarity for first-party Nintendo games, so if you were waiting on a discount for Samus' new adventure, this is probably the best you're going to get for a while. Via Amazon.

Super Mario Odyssey | AU$59
This was available for AU$55 yesterday, but an extra AU$4 doesn't make it any less of a decent deal. Arguably the best 3D platformer of the century, Super Mario Odyssey is basically a Nintendo Switch essential, alongside other modern classics like Mario Kart 8 and Breath of the Wild. Make sure you pick it up while it's cheap - this Amazon Lightning Deal only lasts until around 6pm tonight, but stock will probably run out before then. Via Amazon.

Ring Fit Adventure | AU$105
While it was down to AU$94 on Amazon last week, if you missed out this is still a decent discount. It's called Ring Fit Adventure because you attach the Nintendo Switch's Joy-Cons to a "ring" in order to play "adventure" mini-games that will make you "fit". A good buy ahead of Christmas. Via Kogan.

Nintendo Switch Joy-Con controller | AU$89
Whether your current Joy-Cons are suffering drift or you just want a spare pair, AU$30.95 off the usual RRP for a set is definitely a bargain. The neon red and blue set is linked above, but the blue and neon yellow set is also available at this price. Via Amazon.

Super Mario 3D World + Bowser's Fury | AU$59
A classic Wii U cooperative take on the 3D Mario concept, upgraded with the Nintendo Switch with a new Bowser-centric adventure added to boot. It's a fine game, and could serve as a decent ice breaker when relatives visit this holiday season. Via Amazon.

Mario Golf Super Rush | AU$59
It's Mario, hooray! It's golf! Uh, don't click away just yet, because it's arcade golf, filtered through Nintendo's nigh faultless approach to moreish game design. It also supports four player competitive, both online and locally, so your golf-lovin' uncle can have a go after Christmas lunch. Via Amazon.

Paper Mario: The Origami King | AU$39
It may have departed from its JRPG-style origins, but Paper Mario is still a brilliant Nintendo adventure game, and it has a gorgeous art style too. This is the cheapest we've seen it go since launch. Via Amazon.

Animal Crossing: New Horizons | AU$59
The game widely credited for getting people through the hellscape of 2020 also ended up being useful in 2021. Will we need it in 2022? Well, a massive new update landed last month adding a bunch of new content, but even if you don't use it as a salve for scary times, it's still a fine little life sim. Via Amazon.

Mario Kart 8 Deluxe | AU$59
If there's one game that could be considered utterly essential for every Nintendo Switch fan, it'd be Mario Kart 8. If you've got a Switch and somehow don't own this yet, now's a good time to jump aboard with a nice AU$20.95 off its usual RRP. Via Amazon.

Western Digital and SanDisk storage | up to 60% off on Amazon
The Switch's internal storage leaves something to be desired, but thankfully its expandable with a regular run-of-the-mill Micro SD card. Amazon has big discounts on both Western Digital and SanDisk Micro SD cards, so if you need space for all the new bargains you'll pick up this Black Friday, jump on it now. Via Amazon.

Logitech G Pro X Wired Gaming Headset | AU$109 at Amazon
A very nice AU$170.95 off this brilliant set of gaming cans. The G Pro X has 50mm drivers, memory foam padding, and is compatible with Nintendo Switch (and other consoles, if you've got them too). It normally sells for over AU$200 at Aussie retailers, so this AU$109 price is smashing it – although it ships from Amazon UK, so may not make a good Chrissy gift. Via Amazon.

If you can't wait until November for your Cyber Monday Nintendo Switch deals, it's worth noting that there are usually plenty of discounts on games and accessories floating around throughout the year. You'll find all the latest prices on this gear just below.

AU$79.95
AU$68
View Deal
See all prices
We check over 250 million products every day for the best prices

We do expect this year's Cyber Monday offers to be better than the everyday prices you'll find on the Nintendo Switch and Nintendo Switch Lite consoles right now. However, if you're after some Joy-Con action today, you'll find the latest offers below as well.

The two sales tend to merge into one another, then. However, if a store is running a distinctly separate sale, we do generally see messaging on their sites changing from midday on the Sunday before.

Be sure to check out our expectations for this year's Cyber Monday Xbox Series X deals and Cyber Monday PS5 deals if you're after more console action.

The best gaming laptop 2022 - all the latest models compared

The best Xbox One headsets for 2022