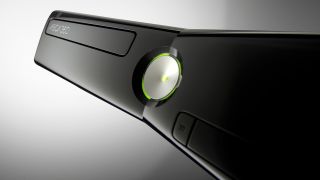 The Xbox 360 dominated gaming following its 2005 launch. There was a reason the 360 took the lead over the competitors for so many years: it had some of the best games ever made. And being that this is a 'best Xbox 360 games' list, narrowing down the system's impressive library to just 50 entries was preposterously hard.

The following is a collection of standout games well worth the countless hours we spent with them. And since the dear old 360 has made way for the Xbox One, you can consider these the greatest and best Xbox 360 games of all time.

The classic Metroidvania genre had something of a minor renaissance during the seventh console generation--and it's all thanks to this gem of a downloadable. Shadow Complex has so much going for it: gorgeous 2.5D visuals powered by the Unreal 3 engine, a charismatic hero voiced by Nolan North, and enough collectibles tucked away in hidden walls to keep completionists playing for hours.

As in most Metroidvanias, protagonist Jason Flemmings starts out as a fairly average Joe. Instead of Samus' plasma or Alucard's swords, Jason prefers a trusty pistol--and the side-scrolling gunplay is most excellent. But after a game's worth of upgrades later, you'll be an unstoppable war machine, rushing around the map like a crazed, ludicrously excited human tank.

Dangerously addictive and deceivingly simple, Minecraft will pull you in and never let you go. Its not a sandbox game, it is the sandbox, empowering you to create and share just about anything you and your ever-growing army of fellow crafters can imagine.

The neverending list of objects to build, resources to gather, and user-made content to explore and admire will leave you sleepless and haunted by visions of blocky masterpieces and the relentless crunching sound of your shovel going chk, chk, chk, chk. Trust us, thats a good thing. Drink the Kool-Aid and join the party. You know you want to.

Here are some numbers that help sum up Virtua Fighter: one joystick, three buttons, hundreds of moves to learn, thousands of hours needed to attain mastery. Sega's flagship 3D fighter manages to take a simple control scheme and create an absurdly deep system, encompassing a massive variety of real-life fighting styles. VF5 Final Showdown is the most complete VF yet, with more characters and combos than you can shake an arcade stick at.

If you're a dedicated gamer surrounded by like-minded sparring partners, you could probably play nothing except VF5FS for the rest of your life and be perfectly happy. That's thanks to the endless well of depth that is the game's foundation... and the crazy amount of character customization that lets you fashion your fighter into a ninja, a clown, or anything in between.

You're going to get really confused when you play Fez. You're going to stand on top of a tower, flipping the camera around the square world, thinking you've broken the game because there's seriously no way you could have possibly missed something, and then you'll see a symbol, and realize you saw it earlier, and then... boom. You've figured it out. You'll scribble it down on paper--real paper, like a freaking archaeologist--and feel like you've just cracked an ancient code.

And once you crack that code, you'll realize you have the pieces to crack another. And then another. What begins as a basic platformer with a cute, retro gimmick evolves into something absolutely massive, and almost violently rewarding.

No other game simulates its sport like NBA 2K14. Commentary, courts, player likenesses, animations, licenses--everything in this game is pristine. And while the visuals of the 360 version pale in comparison to the next-gen offerings, it still looks incredible. Thing about NBA 2K14 is that its more than just gloss: theres a superb, deep game underneath it all.

Sure, the LeBron mode in 2K14 is a dud, and Crews still isn't what it should be, but My Career and My GM are all the modes you need (and more). My Team has come on leaps and bounds too, and the live data 2K14 gets from the NBA ensures that each game you play is as realistic and up to date as possible. If you love basketball, you can probably move this game up the list maybe by about 45 places.

45. South Park: The Stick of Truth

But where it's most successful is in being able to both make fun of games while also being an incredibly good one--too often, satire feels jealous and malicious, but when the game is better than the ones it's making fun of, the otherwise brutal comedy that is South Park feels more... constructive. In that, The Stick of Truth is a love letter to the genre it lampoons, and an experience that was totally worth the (lengthy) wait.

The Fable series has always offered a compelling blend of dark, adult fantasy and goofy-but-clever humor, but the now-well-worn franchise has never delivered on its fascinating gameplay promises quite as completely as with Fable 2. Compared to other action-RPGs, its quite simple, but what it lacks in mechanical complexity it makes up for with deep and rewarding player interaction. Sure, you've got all your adventuring and your combat, but what about getting married? And then, immediately following, getting married to someone else and letting your two spouses meet to see what will happen?

Its not without issue, but there's genuine novelty in these systems, and, moreover, their consequences. Plenty of games let you make choices, but it's a rare thing for a game to make you feel their weight in practical terms. Help a bandit rob a shopkeeper? 10 years down the road that bandit might end up running the city. Those multiple spouses? They might end up killing each other, leaving the city to take your children. Show me another RPG that's as depressing, and still as much of a good time as Fable 2.

Most shooters are all about the GUNS! EXPLOSIONS! ULTRA NUCLEAR KILLSTREAKS! Too often they plop you in the middle of world-threatening war and request that you perform one simple task: Walk forward and hammer the trigger. While Metro: Last Light is a shooter in the sense that you have a gun and you shoot things, it's far from the sort you're used to playing.

For starters, that world-threatening war mentioned above? That's already been fought, and mankind lost. This is a game that prizes atmosphere and storytelling over non-stop action and set-piece moments. It's a bleak look into a world ruined by humanity itself, a chilling adventure that teases you with crumbs of hope before snuffing them out of existence. And the few bullets you have are things you'd rather hold onto than waste, because you never know what sort of horror might be awaiting you just ahead.

After he died, The Legend of Zelda's Link donned a skull mask and became one of the Four Horsemen of the Apocalypse. At least, that's what playing Darksiders 2 as the Pale Rider, aka the Grim Reaper, aka Death himself feels like. Death's adventure contains the same great dungeon exploration and snappy combat as Nintendo's Hylian hero, albeit with a much darker tone and a heck of a lot more gore.

As with Zelda, every dungeon feels like an epic undertaking that teaches you to master a new piece of empowering gear. Traveling in and out of our plane of existence lets you take in the beauty of Darksiders 2's post-humanity world--right before you slice your way through a horde of demons and angels in the hunt for loot upgrades.

Look, we've all experienced games that provoked some amount of existential anxiety. Games that have prompted us to ask ourselves what in the hell were doing with our free time. And we've got to admit, sitting there with Trials Evolution, voices raspy from incensed, passionate cursing, cerebra charred with the imprint of the quick restart noise, that exact question crossed our minds constantly. Well, that and "Why is this motorcycle not tipping over sideways?"

So why does this profoundly punishing game merit a spot on our list? The answer has to do with precision. The controls are tight and fluid, and you'll instantly find yourself in that intangible flow as you play. And keeping that in mind will keep you going, even long after you've lost count of how many times you've retried a single jump.