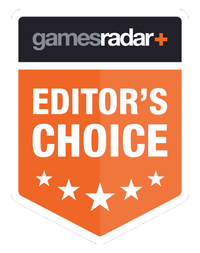 Everyone who's played Skyrim has mused at some point: There's enough text here to fill a book! Well, it turns out it was enough to fill three books and make up The Skyrim Library, which is heavily discounted currently.

Whether you're the type to skim through in-game text without absorbing much or you typically take in every last detail, you'll probably find some use in The Skyrim Library. For the former, here's your chance to get caught up on the lore and figure out what the heck's been going on in-between dragon attacks, and folks in the latter category don't need to roam around in-game forever to learn about the life of Reman Cyrodiil or to re-read 'The Lusty Argonian Maid' again.

The Skyrim Library | $45.33 at Amazon
Prepare for your thesis on Elder Scrolls lore with The Skyrim collection, currently 56% off full price.

The three volumes included in The Skyrim Collection collectively include all of the history books in The Elder Scrolls 5: Skyrim. The first volume offers a comprehensive account of the history of Tamriel, the second goes over the many species that inhabit the world, and the third is all about religion and magic.

Even if you aren't working on a master's degree of Elder Scrolls lore, The Skyrim Library is a gorgeous collector's item that deserves a spot on any Elder Scrolls fan's shelf. And at less than half its normal price, Tamriel history buffs and Elder Scrolls superfans alike would do well to jump on this offer.

Go behind the scenes of Tamriel and learn about how Elder Scrolls Online: Gates of Oblivion is much more than an MMO TES4, as explained by ESO creative director Rich Lambert.

Best Nintendo Switch accessories 2022: all the top gadgets for your console