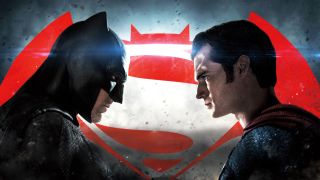 Fans of Zack Snyder's Batman v Superman: Dawn of Justice will not be wanting for new footage in the next couple months. In addition to the three-hour 'Ultimate Cut', the DVD and Blu-Ray will have over two hours of features to explore. Thanks to the Australian retailer JB HI-FI, we now have an idea of what the bonus content will focus on.

- Gods and Men: A Meeting of Giants

- The Warrior, The Myth, The Wonder

- Analysing A New Legacy Of Design: The Batcave

- The Empire Of Luthor

We should note that this list has yet to be confirmed, and JB HI-FI have since removed it from their site. They do sound legit though, and if it does end up clocking in at two hours long that's a lot of bang for your buck. We'll doubtless get more details as the home entertainment release date nears.