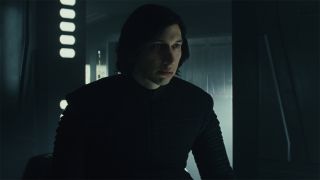 Star Wars: The Rise of Skywalker and Noah Baumbach's new film, Marriage Story, may seem galaxies apart. Yet, for Adam Driver, the experience of acting in both was not dissimilar. The actor, who has continued to act in small scale indie-dramas while appearing as Kylo Ren in the Star Wars sequel trilogy, recently sat down with our sister publication Total Film magazine to discuss his career. Below, GamesRadar+ presents an extract from that interview.

“In a way, Star Wars is a big blockbuster, which you would think would be maybe devoid of those conversations [about character]," the actor says. "But I haven’t found the process very dissimilar. You try to make Star Wars personal as much as anything else, and because J.J. [Abrams] was the director and because Rian Johnson was the director, it all came down to similar [things]… taking moments and breaking them into pieces and making sure you’re truthful.

“The obvious difference is the rhythm of a set. A Star Wars set, there are 50 people all doing individual jobs, whether it be special effects or brushing a leaf or vacuuming something. There are just so many more moving pieces that finding your footing in the rhythm of that set… it’s just longer.”

The fandom has also taken some getting used to. He recalls someone dressing up as Kylo Ren, stalking him in a hotel. “They were asking people in the elevator if they’d seen me! That makes you a little nervous.”

You can read the full interview in the latest issue of Total Film magazine, which reaches shelves on November 15. If you’re a fan of Total Film, why not subscribe so that you never miss an issue, and you’ll get exclusive subscriber-only covers, like the one below, delivered directly to your doormat before the magazine hits shelves?