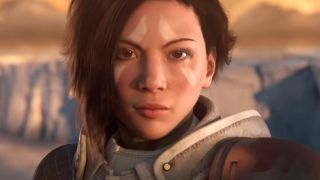 Even as Bungie tries to stow away more secrets for intrepid Destiny 2 explorers, it couldn't help but share a bunch of details in the reveal stream for the Warmind expansion. Developers dished on new story events, modes, Crucible changes, and some very promising sounding exotic re-works, all headed to the game when Warmind arrives on May 8. I've embedded the stream archive below if you want to take it all in, but keep scrolling to see five of the biggest things you need to know about.

The good news is that private matches are finally coming to Destiny 2 (and you won't need to own Warmind to create and/or participate in them, just to queue up any expansion maps). The bad news is that now you'll finally have to make good on all those idle "I'd totally beat that asshole in a 1v1" threats you've been making since September. Better start practicing now.

The rest of the Crucible is getting some changes too: Quickplay and Competitive will both get their own ranking systems. Quickplay's Valor will go up like a standard rank and allow you to reset it at the cap (AKA prestige) for further rewards and just to show off. Competitive's Glory will go up when you win and down when you lose, with bonuses for winning streaks and deeper penalties for repeated losses. And you'll get to see all of the potential Crucible rewards at the very start of the season, including how to earn them.

So Hive Escalation Protocol isn't quite a Halo Firefight successor, but it is somewhere in the ballpark. It's a new public event that has successive waves of Hive trying to tear down a giant Warmind antenna - naturally, it's your job to kill them before they can. Much like the Court of Oryx back in Destiny: The Taken King, you can initiate Hive Escalation Protocol whenever you want (after you finish Warmind's campaign) and you can keep playing it all day if you like.  Bungie says it focused on making Hive Escalation Protocol challenging in its later phases as well as uniquely rewarding; the event will yield a number of exclusive gear pieces.

That gun you like is going to come back in style. There are too many changes to note them all here, but the overall philosophy for polishing up exotic weapons in season 3 was refinement and amplification rather than reinvention. For instance, Hard Light's ricochet mechanic was flashy and fun but typically not all that useful in practice. Now if you hit a target with a ricochet shot you'll deal double damage. Can't wait to see how that turns out! Another example is Graviton Lance, which has been dropped down to a two-round burst with a much more powerful second shot.

Story! Destiny still has story! This time it's about uncovering ruins and artifacts of Clovis Bray, the Mars-based megacorporation that invented pretty much all of the high-tech stuff in the world of Destiny, including AI Warminds like Rasputin. So far so typical ancient space magic, but this narrative thread has an interesting wrinkle: one of your fellow Guardians has discovered she used to be a member of the Bray family centuries before she was resurrected into the ranks of sci-fi superheroes. Ana Bray will be the main character of the Warmind expansion, and I'm really interested to see if we learn more about the first lives of any other Guardians in the process.

FINALLY! No more choosing between spicy ramen and, well, anything that isn't spicy ramen. The emote wheel will finally liberate us from our single-emote prisons. And no, you won't need to own Warmind to use it.

Check out our Destiny 2 guide and get up to speed before the new expansion arrives.