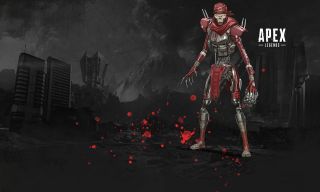 After much speculation, Respawn Entertainment finally revealed Apex Legends season 4 in a new devstream last night, but a recently discovered secret hidden on Electronic Arts' website suggests the studio has plenty of other plans for the next chapter of its free-to-play battle royale.

As is customary for each season, Respawn announced that a new Legend, Apex Legends Forge, would be joining the arena when the new competitive period starts on February 4, which came as something of a shock to those expecting Revenant, the enigmatic robot who first appeared in the game's Halloween event, to make his long awaited debut instead.

However, fans have now discovered further proof of Revenant's impending arrival on both the backend of EA's own website (which shows off his character model in full), in addition to a blink-and-you'll-miss-it cameo in the latest devstream, suggesting that the character may soon follow Forge's arrival to World's Edge sometime during Apex Legends season 4.

Indeed, the upcoming season also marks the first anniversary for Respawn's hit shooter, suggesting it could be a particularly big one for the player base, and its designers were even teasing Revenant as early as October last year, via screenshots showing off new designs for the game's map layout.

With that in mind, it's not crazy to assume the studio might buck the trend, and drop two new heroes at once next month. While neither Respawn or EA have said anything official just yet, I'd imagine we'll be hearing more from Revenant very, very soon.

Check out the Apex Legends Grand Soiree Arcade event while you're waiting for the new season to begin.