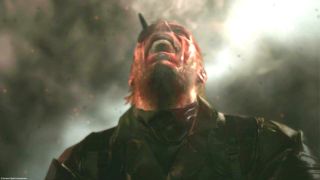 Konami is teasing a "special announcement" today, which could point to the legendary publisher getting back to the business of making games that we all want to play. It's been a bit quiet on the Konami front since Kojima Productions developed Metal Gear Solid 5: The Phantom Pain released back in 2015 and Silent Hills was cancelled shortly thereafter, but we're hopeful that E3 2019 will change all of that.

While the company has been keeping up with the annual releases of Pro Evolution Soccer and has been quietly pumping out mobile titles, the recently release of a suite of Anniversary Collections could point to a publisher eager to get back to creating games for a core audience. Konami will be appearing on an E3 Twitch stream to make its "special announcement" at 5:30pm PDT / 8:30pm EST June 11 / 1:00am BST, June 12.

Of course, it could be anything but we are quietly hopeful that Konami could dive into its mountain of IPs and revive Castlevania, Metal Gear, or Silent Hill. It's about time too, given that sequels for all of these franchises are long overdue. Castlevania: Lords of Shadow 2 released back in 2014 and Silent Hill: Downpour back in 2012. Metal Gear Survive did of course release in 2018, but the less said about that spin-off the better.

We'll know for certain later today and while we are trying our best not to get our hopes up, we do have everything crossed that this announcement will give fans what they have been asking after for so many years now – for Konami to return to doing what it does best, making bloody brilliant video games.

For more games announced this week, be sure to check out our list of the best E3 2019 games.