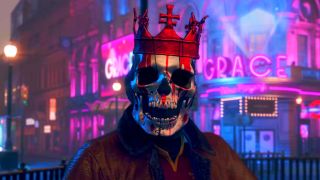 Want to read the whole interview for yourself? Buy a subscription to Edge magazine right here!

Hocking went into quite a lot of detail about how varied each playthrough can be, saying that "there’s no dude on the box who’s there to start all the cinematics and the people you recruit are just the supporting cast. There are 20 different versions of Legion’s script and I don’t just mean people saying the same lines. We’re talking different characters, different personas, different voices, different acting. We’re using technology to alter all the voices so that even if you happen to recruit Joe and John and they have the same actor and the same personality when they talk to each other, you won’t know it’s the same actor because we modulate the voices. We used photogrammetry to capture dozens of different faces, which have been combined using innovative animation techniques to produce literally thousands of unique heads."

Yikes. That's a lot of choice in Watch Dogs Legion. By the sounds of it you'd have to play the game over 20 times to get the same cutscene or dialogue between two characters, meaning that we could very well be playing Watch Dogs for years just like other mammoth games such as The Witcher 3 or Skyrim. As Hocking put it, "whether you choose some suave, sophisticated secret agent dude, or some 80-year-old lady that you saw feeding pigeons in the park, your story is going to be uniquely yours." Sign me the hell up.