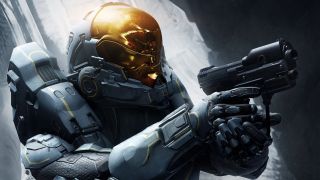 Still debating whether or not it'll be worth it to pick up an Xbox One X on November 7? 'Sure it's powerful,' you think, 'but how many games are gonna actually take advantage of those fabled 6 teraflops?' Well, according to Xbox senior director for console marketing Albert Penello, about 70 Xbox One X Enhanced games will be available within launch week.

On Twitter, Penello wrote, "I think we're going to hit in the neighborhood of 70 right around release. I'm pleased given how many people said no devs would support." When asked for clarification on what "around release" meant, Penello said, "Not being cagey but I'm thinking within the first week we'll get to that number."

Now, keep in mind that not every game gets "Enhanced" in the same way: some will support 4K resolution and sharper textures, others will support High Dynamic Range (HDR) color, while others will gain entirely new lighting effects or the ability to render more pedestrians in a city environment. If you want to see a list of every Xbox One X Enhanced game to see just what's coming for your favorite/most-anticipated titles, click that link.

And don't forget you can basically pre-heat your Xbox oven, so to speak. Whether you've got a base model Xbox One or the slim Xbox One S, you can download 4K assets and Xbox One X Enhanced content right now. Just fire up your system, go to "Backup & Transfer," then check the option that reads "Download 4K game content." Once you have your new console, use an Xbox One external hard drive and choose the "Bulk Transfer" option to shift everything to the new console.

After all, you're gonna have 70 games to play through on launch week, and just as many more are confirmed to be on the way in 2018 and beyond.