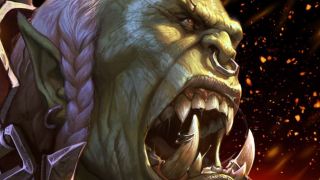 World of Warcraft expansion Battle for Azeroth has seen a lot of new content added to the (extremely) long-running MMO. But even an expansion with six new zones spread across two island nations, 10 dungeons, the new Island Expeditions and Warfronts features, and two new Allied Races to play as isn't enough by itself. Thus, Blizzard will be adding to BfA with patch 8.1, titled Tides of Vengeance, and it is positively packed with goodies.

Game director Ion Hazzikostas detailed the patch in a developer livestream - you can watch the whole thing below (it's about 20 minutes long) or read on for the highlights.

BfA focused a lot of its story on recruiting two major powers into the player factions. For the Horde, that meant bringing the dinosaur-riding Zandalari Trolls into the fold. For the Alliance, that meant mending ties with the isolationist nation of Kul Tiras. But there was also the secondary story, the one that sent you to the opposite faction's primary questing areas, the War Campaign. It's this latter storyline that will continue in Tides of Vengeance, with new quests and plots focused on the characters Saurfang, Tyrande, and Vol'jin.

Much like Invasions in the previous expansion, Legion, BfA will be getting quests with extra-potent rewards (whether that be experience or gear) via Incursions. These limited-time events will pop up randomly and replace a zone's World Quest content for several hours before becoming inactive again. Hazzikostas said that players will be able to use these Incursions to help level alts (that's shorthand for "alternate characters," as opposed to your main class of choice), but didn't elaborate. In terms of what to expect, think things like Night Elf ships arriving in Horde-controlled territory, or Orc war machines rolling on Alliance outposts.

Heritage Armor, as it currently exists, is a reward for leveling up an Allied Race character from 20 to 110 without using any paid boosts. They're designed to represent that race's cultural identity, so for example a Highmountain Tauren gets a feathered headdress and other garb to reflect their Native American motifs. With Tides of Vengeance, Heritage Armor will come to the game's core races, ie. the ones you don't have to unlock.

The first two races to get these new armor sets will be Blood Elves and Dwarves. Once Tides of Vengeance goes live, you'll log in and be able to undertake a short quest chain to unlock the set (assuming you're level 120 and Exalted with Silvermoon City if you're a Blood Elf / Ironforge if you play a Dwarf). Hazzikostas said this feature will continue to be expanded on, so expect more base races to get their own sets of Heritage Armor in the future.

New Warfront - The Battle for Darkshore

Warfronts are a feature new to Battle for Azeroth, and while Blizzard has consistently referred to them in the plural sense, we've only seen one implemented into the game thus far. Tides of Vengeance will deliver a new Warfront, the Battle for Darkshore, into players' hands. In the first Warfront, the Horde started by gathering resources before launching an attack on the Alliance fort of Stromgarde. Now, the situation is reversed: Alliance players will gather resources in order to forge an expedition into Darkshore, which was conquered by the Horde in the events leading up to BfA.

Hazzikostas said this Warfront will feel "very different" from the current one, in that it's less about Horde vs. Alliance and more about Forsaken vs. Night Elves. Expect new units to build and control, as well as new upgrades, new quests to undertake in the area, and - judging by the concept art - potentially new gear as well.

Island Expeditions, another feature new to Battle for Azeroth, are getting expanded on as well. Currently, most islands that players can explore via this mode are very tropical in aesthetic and layout. Tides of Vengeance will add Jorundall, a Norse and vikings-flavored island, as well as Havenswood, an abandoned Gilnean city with a gothic Victorian flair. These will come with new events and enemies, and Hazzikostas said the whole Island Expeditions system will be getting an overhaul to feel more rewarding and re-structured to accommodate better enemy spawns.

Two new Raids - Siege of Zuldazar and Crucible of Storms

Two new Raids are coming to Battle for Azeroth; one big and one not-so big. The first, tentatively (though not definitely) titled Siege of Zuldazar, will be different depending on which faction you play as. Alliance players will start at the southern edge of the Horde's capital city in Zandalar, and fight their way to the top of the massive pyramid at its center. Horde players, meanwhile, will start on the northern edge and fight their way to the port in an effort to fend off the attackers.

This is still PvE content though, and your first playthrough will have you fighting six bosses. Once you've completed Siege of Zuldazar once, you'll be able to return to your base and play through the other side of the story. Hazzikostas framed the situation as your character asking what happened so it's not clear how this will be handled in-game, but the end result is the same: a different playthrough with three bosses you didn't encounter the first time. This means that overall, Siege of Zuldazar will have nine bosses to defeat.

The next Raid, Crucible of Storms, is smaller in scale and will be released sometime after Siege of Zuldazar. It features two bosses, and is themed around the serpentine Naga and their queen, Azshara. Hazzikostas gave far fewer details about this Raid, but said to expect supporting world content, ie. new quests and events, when it launches.

Various other systems and features will be getting tweaks and overhauls in Tides of Vengeance, from new and improved Azerite Armor traits to class balance changes. Progress with the Champions of Azeroth faction (which raises the item level of your Heart of Azeroth, an extremely important piece of gear) will become account-wide so you don't have to grind it out on a per-character basis.

There are many other changes to be made, but some have yet to be ironed out and Blizzard will be looking for feedback once Tides of Vengeance arrives on the Public Test Realm (PTR), which Hazzikostas said will hopefully be by the end of this week. The full version of Tides of Vengeance does not yet have a release date.