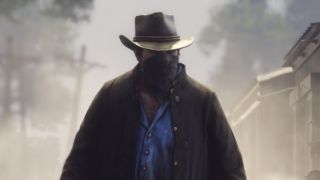 More Red Dead Redemption 2 news is coming next week. Rockstar broke the months-long silence on its open-world western sequel with a single image on its official Twitter account that doesn't directly reference the game in any way, but the font and that scratchy red-and-black design are immediately recognizable for fans of the first game.

If you can't load the image, it just says "Thursday, September 28 - 11 am ET" with the URL for Rockstar's site and the Rockstar logo at the bottom. That's 8 am PDT / 4 pm BST. Sounds like Rockstar is planning on serving up a fresh trailer for the game, which would be the first since October 2016 (nearly a year ago). We did get some new screenshots back in April when Rockstar pushed Red Dead Redemption 2's release date into spring 2018.

April was also when Rockstar took some of the edge off of the delay disappointment by saying it would have more news to share about the game "this summer". Allow me to be That Guy for a moment and observe that Sept. 28 is in fall, not summer, Rockstar. I know it's only a week off, but still! I cry because I care.

If the promotional cycle for Red Dead Redemption 2 plays out like the one for GTA 5, then the next trailer for the game will probably give us more details about the characters and overall narrative of the story. The initial RDR 2 teases showed off seven characters and we still don't know who - if any of them - will actually be our playable protagonist(s). We're overdue for some more context there.