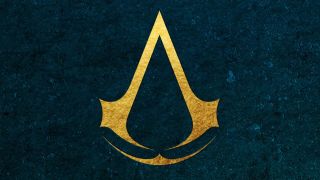 Alleged product listings from Amazon Germany and Gamestop Italy have rekindled longstanding rumors that the next Assassin's Creed game will be set in Viking times. However, while a Division 2 Easter egg and a report from Kotaku support the idea of a Viking Assassin's Creed, these store listings are exceedingly dubious.

These listings show two different editions for what they're calling Assassin's Creed Ragnarok. Naturally, both listings cannot be found online, purportedly because they were pulled shortly after they leaked, so we've only got archived images to go on. Nearest I can tell, a screencap of the GameStop Italy listing was originally shared on Reddit by the user BrownyOfficial. However, as commenters quickly pointed out, it's an obvious fake. It has the same presell number as the Xbox One version of Watch Dogs: Legion - Resistance Edition. To demonstrate the point, another Redditor whipped up an equally convincing hoax using the Watch Dogs page as a base, so we can cross that one off the list.

The Amazon Germany listing seems to have been posted by YouTuber and Twitter user J0nathan, who's discussed Assassin's Creed Vikings rumors multiple times in the past, though I can't say whether they found it or merely shared it. This one looks more legitimate at first blush, but after a closer examination, I'm confident it's a fake as well.

After comparing this listing to the Amazon Germany pages for Cyberpunk 2077 and Bethesda's Starfield, the first line of the description stood out to me. Firstly, other games open with some variant of the line "Dieser Artikel wurde noch nicht veröffentlicht," written in green. This loosely translates to "This [product] has not yet been published." The alleged Ragnarok listing, meanwhile, has "Derzeit nicht verfügbar" written in orange, which translates to "Not currently available."

This is kind of weird, but it's the next line in the alleged Ragnarok description that really undermines this listing: "Ob und wann dieser Artikel wieder vorrätig sein wird, ist unbekannt." This isn't on any other Amazon Germany game pages that I could find, and it translates to "It is unknown whether and when this article will be back in stock." This made me wonder if another Amazon Germany product listing could have been used to create the Ragnarok listing which has caused so much fuss. I ran the latter through Forensically's image clone detection tool, and when set to the lowest setting, it turned up this:

Tools like Forensically are by no means all-seeing, but the fact that only the words "Assassin's Creed Ragnarok" as well as the top of the product description were flagged as potential clones stood out. The question then became, is there a product on Amazon Germany with the words Valhalla Edition in its title (which could've been used as a substitute in the name of the game), and the two aforementioned out-of-place lines in its description? As it turns out, there is: a sold-out listing for the Valhalla Edition of Jotun. It's got the title, the orange text, and the description. What's more, the second and third images for Jotun's listing match the dimensions of the "Box art coming soon" placeholder in the Ragnarok listing.

It would be fairly easy to make a convincing fake for Ragnarok using Jotun's page as a base, and while I can't 100% confirm that's what happened here, it sure looks that way. All that being said, it's still entirely possible, and arguably likely, that the next Assassin's Creed is indeed a Viking game. Ubisoft loves to tease announcements in its own games, and that Division 2 Easter egg was pretty direct. With PS5 and Xbox Series X revving up, I wouldn't be surprised if we see Assassin's Creed Whatever announced as a next-gen launch title in the coming months.

Some fake screenshots of Ragnarok cropped up last May, and fake or not, we really want to play a Viking sandbox game after seeing them.