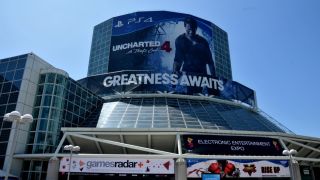 E3 is typically restricted to media and people in the games industry, but that's changing this year. The Electronic Software Association, AKA the organization behind E3, has announced a new event dubbed "E3 Live," and you're invited to attend.

Wait, seriously? I can go to E3 this year?

Well, not quite. E3 Live is a smaller event being held outside of the convention center from June 14 to June 16. It's not the show proper, but it'll give you a taste of the madness going on, and give you access to special concerts, competitions, swag, merch, and of course, upcoming games. Think of it as E3 Lite. Diet E3. Most of the flavor, less of the bloat.

What's going to be there? Will it be as good as going to E3?

The ESA has only revealed one specific event so far: a Pokemon-themed concert called Pokemon: Symphonic Evolutions. The organization has also provided a list of companies that have agreed to partner with E3 Live, including Ubisoft, Warner Bros. Interactive, Oculus, Valve, Alienware, and Twitch.

The confirmed presence of Oculus and Valve suggest a good amount of virtual reality content, and a PlayStation VR headset can be glimpsed in the background of the event's website. Warner Bros. has Lego Star Wars: The Force Awakens and remastered versions of Batman: Arkham Asylum and Batman: Arkham City due later this year, while Ubisoft has South Park: The Fractured But Whole and Ghost Recon: Wildlands also slated for 2016.

I'd say any of those games are likely to be on the floor, but I also think there'll be some surprises as well. Shadow of Mordor 2 mayhaps? Watch Dogs 2? Other stuff we don't know about yet? This is a show where games tend to be announced, you know. In any case, you can register to be notified of announcements regarding E3 Live by signing up for the mailing list.

Okay, so where is it?

How do I get in? How much does it cost?

E3 Live is free, but you'll still need a ticket. To get yours, register on the E3 Live event website. While there is no age restriction on who can enter the event, those under the age of 17 must be accompanied by a parent or guardian. Also, remember that there will likely be many games on display that will eventually be rated T for Teen or M for Mature.

Will GamesRadar be there?

If you close your eyes and believe, we're always with you in your heart.