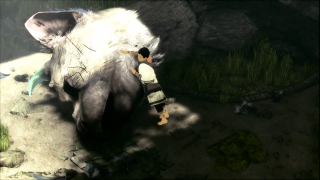 It’s happened. Really, it’s just happened. The third demo of Sony’s E3 2016 press conference might have been brief, and it might have shown us very little, but it told us all that we really needed to know. The Last Guardian is coming out, and it’s coming out this year.

October 25 is the date that the long, long, trans-generational wait will be over. Other than that, all we really know is that the cat-bird-dog is still adorable, The Last Guardian’s world is still poetically, ethereally beautiful, and the relationship between boy and beast is going to get us choked up on a nigh-constant basis. That minute-long trailer managed it in its own. It might be pretty late over here in the UK, but I’m still pretty sure it was mostly the trailer. Oh, and there are more than one cat-bird-dog. At some point, anyway. But let’s not think about what happens to the other one at the moment.