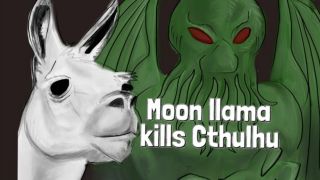 Have you ever played the party game Consequences? It usually involves a group of people all writing one part of a story, without seeing what anyone else has done, only to reveal the full (usually incoherent) story at the end.

We tried that with a game while at E3, asking developers from titles like Watch Dogs 2, Dishonored and Destiny to ‘design’ one element. They had no idea what anyone else had done, and this is the first time I’ve revealed the final Franken-game in all it’s glory. So here we go...

"They are a pair of rock climbers. They have these amazing magnetic hands that are quite useless on rock". Aleksander Grøndal, Battlefield 1 senior producer.

"A junk yard on the backside of the moon". Christopher Barrett, Destiny creative director.

"Find the tattooist. Find the Silvergraph of the tattooist, a metal silver plate with pictures of people. It’s weird but it will make sense". Sebastien Mitton, Dishonored 2, art director.

"A mech alien, but not metallic: a robot made of bone and alien organic material. A big bone robot that's ability is faster than expected movement. It looks lumbering and large but he bends down, jumps and comes down and drives big bone spikes into the ground. Like a bone Jaeger that can move supernaturally fast". Marty Stratton, Doom executive producer.

"The boss is Cthulhu. You have a giant elder god that tears through dimensions and attacks those who don’t believe. They defeat him by getting him out of the dimensional rift they come through. You can’t go wrong with Cthulhu". Tim Willits, id Software studio director.

A small dog begins to follow then It’s always getting into trouble but it has to live. And occasionally it sniffs out something interesting". Harvey Smith, Dishonored 2 creative director.

There you go. It’s a tale of a reluctant Llama and his partner Julie, pushed from a life of bad rock climbing on the moon to battle against bone robots and ultimately defeat Cthulhu in search of the The Tattooist’s silvergraph.