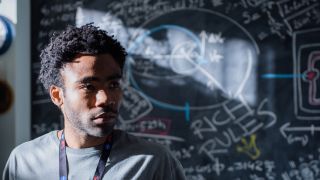 When Sony announced plans to reboot Spider-Man back in 2011 one of the names being tossed around to take on the role was Donald Glover, a casting which would likely have introduced audiences to the Miles Morales version of the character as seen in the Ultimate Spider-Man comics (which are absolutely worth a read). Ultimately Andrew Garfield headlined the less than Amazing Spider-Man movies, but it looks like Glover is getting his chance to star in a Spider-Man film after all.

According to Deadline, the Community star has joined the cast of Spider-Man: Homecoming. What role he's playing is anyone's guess at this point - though it's safe to assume that it won't be Spider-Man - but I'd be surprised if it turns out to be a wholly new creation as opposed to someone we're already familiar with in the comics.

While I haven't watched Community (for my sins) I've enjoyed Glover's performances in Magic Mike XXL and The Martian, and his casting is another big win for Spider-Man: Homecoming. In the unlikelihood that Jon Watts & co have figured out a smart way introduce Miles Morales in the film, here's hoping whatever character Glover ends up playing makes good use of his talent.