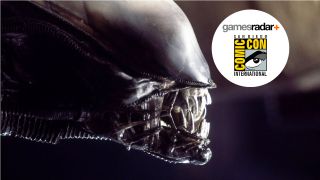 Neill Blomkamp's Alien sequel might be on hold, thanks to Ridley Scott's Prometheus sequel - Alien: Covenant - but that doesn't mean we're not interested. Thankfully, so is original star Sigourney Weaver who talked about the script during the Alien 30th Anniversary panel at San Diego Comic Con.

"There is an incredible script," Sigourney starts. "Written and to be directed by Neill Blomkamp who was a fan growing up in South Africa who loved these movies so much that he broke the tapes. When we were working together on Chappie - a movie I love - we started chatting about how the series left Ripley."

The actress went on to explain why she hadn't wanted to do a fifth Alien movie - "I didn’t want to go to Earth, I thought going to Earth was a little boring" - before telling fans how the new script came about. "Anyway, that whole first day we started talking about it and four months later I got a script that was so amazing and gives the fans everything they are looking for, plus innovates in a lot of ways with things that just immediately for me became part of the world."

It sounds like there's one hell of an Alien movie to be made here, but with Alien: Covenant taking priority right now, when will we get it? "He has work to do, I have work to do," said Sigourney. "I'm hoping when we finish those job we’ll circle back and start to do it." I hope so too.