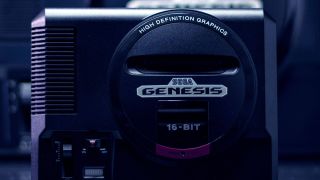 For those of us who grew up in the 90s on a steady diet of Sonic and Streets of Rage 2, finding the best SEGA Genesis Mini prices and deals is likely to rank highly on your to-do list. You don't need to scour the internet for bargains yourself, though - our team have done the hard work for you. The top offers are listed below, and they're updated on a regular basis.

Even without the best SEGA Genesis Mini prices and deals, you're still getting a lot of value for money here. This throwback is basically identical to the OG Genesis apart from its size (it'd fit comfortably on one hand), and the original packaging has been revived to give you full nostalgia overload. In fact, the only changes have been the addition of HDMI and USB ports. Even the 'cartridge slot' opens and can be blown into to remove imaginary dust, just like the original. It's a totally unnecessary touch, so it being there at all makes the Mini even cooler than it already was. As we mentioned in our review, it's "everything you'd hope for, whether you're a SEGA fan or a newcomer... this is comfortably one of the best retro game consoles out there".

With 2 wired USB controllers and a library of 42 games (which includes everything from Ecco the Dolphin to Earthworm Jim), you've got all you need in one box for a trip back in time to your childhood. Especially considering how Yuzo Koshiro, a legendary composer from the 16-bit era, made music for the menu using authentic freakin' 90s technology. It's another smart addition that makes the experience even more special.

Anyway - down to business. You'll find the most competitive prices below, and we've also listed each game that's available on the Genesis Mini.

Good news: the Sega Genesis Mini includes 42 classic games. We've listed each of them below for you.