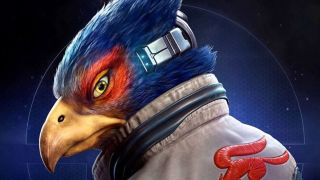 Rogue One screenwriter Gary Whitta says he'd like to write an animated movie based on Star Fox. Inspired by a drip of Star Fox fan art coming from God of War art director Raf Grassetti, Whitta retweeted an image of Grassetti's art and expressed his desire to turn it into an animated movie.

Along with Rogue One, Whitta previously wrote for films like The Book of Eli and After Earth, as well as games including Prey, Gears of War, and Telltale's adaptation of The Walking Dead. He also once served as editor-in-chief of GamesRadar+ sister site PC Gamer and has contributed to a number of video game websites since. Needless to say, Whitta has a wide range of interests and expertise in both movies and games.

With that bit of context in mind, it's not entirely out-of-the-blue to see Whitta looking to write a movie based on a beloved video game franchise. And indeed, Whitta later reaffirmed his interest in making a Star Fox movie when he retweeted an article from Game Revolution and confirmed, "It's true. All of it."

Whitta's ample experience in game development and writing blockbuster outer-space sci-fi movies would sure seem a good fit to adapt Star Fox into a movie. Alas, nothing's been announced and it's entirely possible - likely, even - that it's all just mindless riffing. This is Twitter we're talking about after all.

While a Star Fox animated movie written by Gary Whitta is a pipedream at this time, these exciting upcoming movies of 2020 are very real and coming soon.