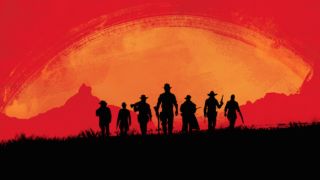 Rockstar just posted a new image that has to be Red Dead Redemption 2. It shows seven characters, suggesting strongly this isn't a remaster of the previous game.

There's not a lot more we can read into this for the time being. It's unlikely that Red Dead Redemption 2 could be a prequel about Dutch's gang - the group John Marston did bad things with before the previous game started - as that only had five members and would involve Marston being evil. Might it be Marston's son who took over at the end of Redemption with an all new crew in tow? Or a completely different gang all together?

One other thing to think about: given the success of GTA Online, the group shot could be suggesting an online focused game with a gang to be populated with a mix AI or players.

We'll just have to wait and see when the next surprise drops.