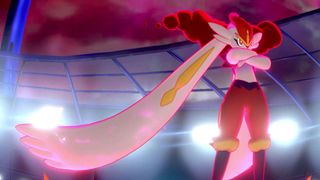 To put that in perspective, Pokemon Let's Go Pikachu and Eevee, which were released a full year earlier on November 18, 2018, have sold 11.76 million copies to date. In other words, after just six weeks, Sword and Shield had already sold approximately 36% more copies than Let's Go.

The Legend of Zelda: Breath of the Wild makes for another impressive comparison. Breath of the Wild was released on March 3, 2017, and it's always been one of the best-selling Switch games. To date, it's sold 16.34 million copies, putting it around 280,000 ahead of Sword and Shield - and that's with more than a two-year head start. So yeah, mainline Pokemon games are still mighty popular. Who knew?

With the Pokemon Sword and Shield expansion pass on the horizon, the duo isn't showing any signs of slowing down.