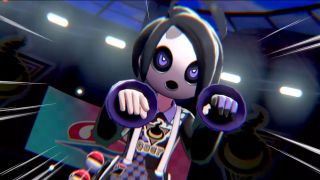 Features that separate the two different versions of Pokémon have always been scant. A couple pocket monsters, different legendaries, and a couple of other things made Blue different from Red and Silver different from Gold.

This time, for Pokemon Sword and Shield the series is going to have exclusive gym leaders. A new trailer for Gigantamaxing dropped earlier today that had more information tucked away. In turns out that gym leaders Bea, who focuses on fighting type Pokémon, will only be in Sword, while Allister, a ghost-type leader, is only available in Shield.

You can check out official descriptions from a press release for both gym leaders right here:

"Bea is a prodigy in Galar karate, carrying on its century-old traditions and techniques. Known for her stoicism and rarely showing her emotions, Bea is also an expert on Fighting-type Pokémon. Her battle style remains very precise even when she’s backed into a corner."

"Allister is a talented Trainer of Ghost-type Pokémon who has taken on the mantle of the Ghost-type Gym Leader at a young age. He’s extremely shy and fearful, and he always hides his face with a mask when around other people. Allister rarely makes public appearances and apparently spends most of his time around ruins or in cemeteries."

It's a unique change for the series that makes each version stand out a little more, although it's unfortunate that players will have to spend twice as much if they want to experience everything that Sword and Shield have to offer.

We don't know how many gym leaders will be exclusive to each version or if there will be an in-game explanation for why there is a difference. We also don't know if the gyms themselves, which had fantastical designs in Pokemon Let's Go, will vary in how they are designed in each respective version.

We'll probably learn more before Sword and Shield launch in November of this year.

Looking to collect something other than pocket monsters? Check out all the special offers as part of Amazon Prime Day game deals.