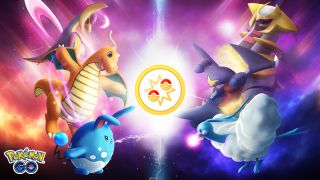 As is the case with plenty of modern titles, the Pokemon Go Battle League has a seasons-based system in place. At the time of writing – early February – we're currently in pre-season, with Season 1 scheduled to begin some time in March, when the pre-season comes to a close.

Throughout the course of a season, the Pokemon Go Battle League will cycle through the three categories; Great League (up to 1500 CP), Ultra League (up to 2500 CP), and Master League (any CP). These rotate every two weeks, but there's no confirmation on whether that will still be the case when Season 1 gets underway.

How to enter the Pokemon Go Battle League

In order to enter the Pokemon Go Battle League, you first need to ensure you've reached level 10 in-game. Until this point, you likely won't have Pokemon that can hold their own anyway, so this level gate is there to prevent you from being completely swept aside when you jump in.

Next, you need to make sure you've walked at least 3km that day. That's the pre-requisite to entering the league, as Niantic wants to keep Pokemon Go as a game that gets people out of the house and more active. However, you can spend coins to bypass this requirement, though it'll start costing you a lot if you keep doing it.

If both of those criteria have been met, tap on the Poke Ball icon on the main screen then go to Battle in the top-right hand corner. From there, you can decide whether you want to compete in the Basic or Premium tier list – more on what that entails below. There's also the Party screen, which allows you to customise your chosen squad to battle with.

Each season, you can earn rewards, including golden razz berries, special Pokemon encounters, and even a Pokemon Go Pikachu Libre during Season 1. Premium raid passes have been renamed to premium battle passes, which means that while they can still be used to enter raids, you can also use them to compete in the premium Pokemon Go Battle League.

This still works the same as the standard entry in that you need to win games in order to progress your rank, but it has better rewards. For winning all five of my games at rank two in the premium tier, I earned a whopping seven rare candies, six charged TMs, a lot of stardust, and a Snorlax encounter. Reaching each subsequent rank will also net you rewards like stardust. The highest rank you can reach is 10, at which point you'll earn the best rewards.