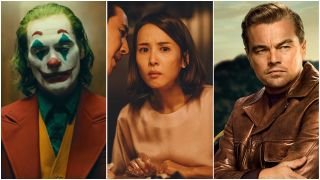 Come for the speeches, stay for the memes. This year's Oscars 2020 ceremony was a momentous event, with some surprise winners and astonishing musical performances. Missed the live stream? Don't worry, as we've got you covered with our essential Oscars 2020 recap.

Whether you couldn’t keep track amid all the glitz and glamour, or tapped out midway through, everything is here: the shocks, the opening monologues, and the key speeches. So, without further ado, here are all the major moments from the Oscars 2020 ceremony.

It’s an Oscars tradition. Before the actors and actresses thank everyone they’ve ever met for their shiny, golden statuettes, we get an opening number. Channelling A Beautiful Day in the Neighborhood, Joker, and even Midsommar, Janelle Monae brought the song and dance in a big way.

#Oscars Moment: @JanelleMonae kicks off the #Oscars with an opening number that leaves everyone feeling alive! pic.twitter.com/J76UFuqxbyFebruary 10, 2020

While there was no host this year, there was still time for a quick verbal skewering, courtesy of Steve Martin and Chris Rock. Their targets? Martin Scorsese, Brad Pitt, and Mahershala Ali.

Oscars 2020 recap: every major speech from this year’s Academy Awards

Here are the main Oscars 2020 speeches from the 92nd Academy Awards. The long, the short, and the downright hilarious.

#Oscars Moment: Roger Deakins wins the Oscar for Best Cinematography for his work on @1917. pic.twitter.com/fg3LeJ77lzFebruary 10, 2020

No Oscars ceremony is ever complete without a look back at those who left us in the movie industry over the past 12 months. In addition to the In Memoriam video, the Academy also paid tribute to NBA star Kobe Bryant, who died last month at the age of 42.

Frozen 2's "Into the Unknown" was performed first at this year's Oscars, with Elsa actor Idina Menzel being joined by voice actress who have portrayed Elsa in the foreign dubs of the Frozen series.

#Oscars Moment: @MayaRudolph and Kristen Wiig can do it all. pic.twitter.com/44yWPGJYNvFebruary 10, 2020

For some reason, Eminem showed up! Performing "Lose Yourself" (for which Marshall Mathers won an Oscar in 2003), there were a series of befuddled and baffled looks from those in attendance. At least Brie Larson was vibin'. We think.

a montage of crowd shots during Eminem's performance at the Oscars pic.twitter.com/6hEkeMfGgcFebruary 10, 2020

Don’t be left behind. The memes from the 2020 Oscars are already coming thick and fast. Here’s just a taster on what’s been popping off on social media, including Natalie Portman's dress, which was embroidered with the names of female directors not recognised by the Academy this year.

Natalie Portman embroidered her Dior cape with all of the female directors who weren't nominated for #Oscars. Check out her explanation here. pic.twitter.com/kyyo2wVMZfFebruary 10, 2020

Not familiar with the Pokémon Gym that Timothy is representing. #Oscars pic.twitter.com/eXNv5Ilco1February 10, 2020

bong joon ho admiring his oscar is literally the most wholesome thing ever 🥺 #Oscars pic.twitter.com/rnaEFikdyzFebruary 10, 2020

We are all Idina Menzel. pic.twitter.com/kV0BxEZvHjFebruary 10, 2020

They better put the fucked-up original Sonic design in the In Memoriam segmentFebruary 10, 2020

Oscars 2020 recap: all the winners (and losers)

Catch up on all the sweet, sweet victories with our complete Oscars 2020 winners list.