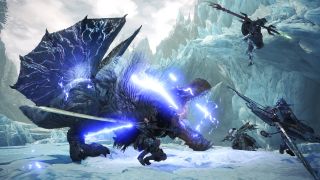 PC players have been waiting a long time to play Monster Hunter World: Iceborne since the expansion dropped for consoles in September 2019. They may want to wait a bit longer. According to players on Steam and Reddit forums, downloading the expansion (which dropped on January 9) is reportedly overwriting old saves.

To be more specific, after downloading the Iceborne expansion, players trying to access their saves (some of which have hundreds of hours of gameplay on them) are getting an error message that there's no compatible save to access. They're then prompted to continue by starting a new game, upon which a save file is created that overwrites their old save. Oh and that save? It's also going to overwrite your save on the Steam cloud, so you can kiss both versions goodbye.

Theories as to why this is happening include the existence of old mods that could be causing a compatibility issue and a missed update that changed the format of saved data. Either way, you might want to take some extra precautions to keep your save safe. The Steam community is suggesting you backup your cloud save data before trying to play the Iceborne expansion. There's also a post that outlines how to use mods to recover an overwritten save, but I can't speak to how well it works. Capcom told Polygon the company is "aware and looking into the issue", so stay tuned as we'll update you as soon as we know what's good.

Check out the Monster Hunter World: Iceborne dev diary for a look at what's ahead for the game.