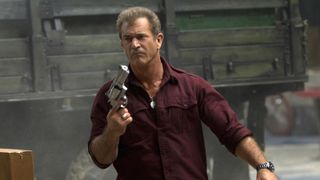 For most actors, a key role in a Marvel movie is not something you pass on. Back in 2010 however, that wasn't something Mel Gibson was particularly interested in.

Speaking with The Guardian at the Cannes Film Festival, Gibson revealed that he could have joined the Marvel Cinematic Universe long ago; “Yeah, [I was approached] a long time ago to play Thor’s dad. But I didn’t do it”.

While it’s fun to ponder what a Mel Gibson Odin might have looked like, Anthony Hopkins has left an indelible mark on the role. This isn’t to say that Gibson isn’t a fan of superhero cinema though; "Some are good. Some are kind of funny … ‘Guardians of the Galaxy.’ Or the first ‘Iron Man.’ And some of them are just like [retreads]. I mean you can watch them do Spider-Man five times…”

“It’s a different kind of business these days”, Gibson continued. “I think all films are suffering from people not being able to now open them with their name. You used to get more variety of stories, films and performances. You had more of a chance of a profound film experience. But that’s not gone. I think that has been relegated to the independent world – but they have to do it twice as fast for half the money”.

Gibson is 100% correct about how the business has changed; Back in the good old days names like Schwarzenegger and Stallone were enough to open a movie, whereas nowadays it's all about brands like Marvel. It would be interesting to see how Gibson fares in a comic book movie though, whether he's on camera or behind it.