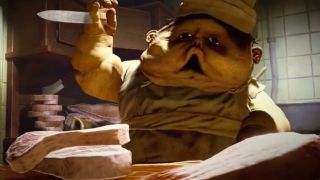 Little Nightmares from Tarsier Studios (makers of LittleBigPlanet on PS Vita) has been on our *ahem* radar for some time now, impressing us with its Tim Burton-esque visuals. And now, we know when to expect the tiny terror: April 28. This is going to sound like an oxymoron considering it's full of horrible death, but do enjoy a new trailer confirming the release date:

Little Nightmares is available for pre-order now, both in digital and physical formats, for PS4, Xbox One, and PC. If you're a really big fan of the game already, you can also nab a collector's edition with a 10cm tall statue, soundtrack, poster, and stickers. That version is only available in limited quantities from GAME though, so you might want to hurry if you're considering snatching it up. Picture below.

For the rest of you, a browser-based demo (think of it like a series of interactive, choose-your-own adventure videos) is available to try on the official site.