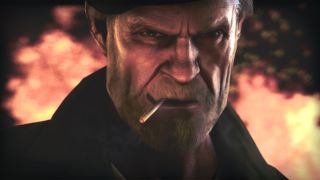 It's not quite Left 4 Dead 3, but developer Turtle Rock has given fans of its zombie shooter series a bit of a treat today: an unfinished campaign for the original Left 4 Dead called Dam It, which takes place (as you might've guessed from the name) in and around a dam. The level was cut from the final build of the game, and would have served as an interlude between Dead Air and Blood Harvest.

You'll need a PC to play the level, and some pieces of it are still unfinished. For example, the dam spawn room is missing health packs and weapons, elevators are invisible, and fire effects don't trigger properly. If that's fine by you, head here. If those are turn-offs for you, just enjoy this map Turtle Rock released, with developer commentary (click the aforementioned link if you're having trouble reading the font):

Personally, while I think it's cool that we get to play a previously unreleased level in a classic game, Turtle Rock's behavior in the past few weeks makes me nervous.

The studio's last game, Evolve, underperformed even after going free to play, to the point that publisher 2K Games has taken over and announced there are no plans for new content. Getting this level out the door feels a tad like an "everything must go" moment. I certainly hope that's not the case, and that this turtle can manage to get back on its feet.