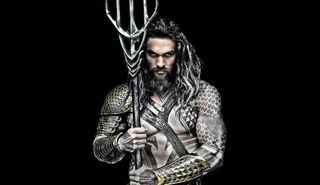 While we got a brief glimpse of Jason Momoa's Aquaman in Batman v Superman: Dawn of Justice earlier this year, the King of Atlantis will get a proper introduction in 2017's Justice League. That highly anticipated superhero team-up movie is currently filming, and director Zack Snyder has taken to Twitter to share a behind-the-scenes pic of Momoa having some fun with a guitar in-between takes, complete with a caption stating "Every day on set is an amazing adventure with this guy".

Every day on set is an amazing adventure with this guy. #JusticeLeague #Aquaman @PrideofGypsies pic.twitter.com/sSiyDx36TcAugust 12, 2016

Sadly, it's unlikely that we'll see much of Momoa's undoubtedly epic guitar skills when Justice League arrives in cinemas next year - with any luck it'll show up on the Blu-Ray - but even so, I'm intrigued to see what he brings to Aquaman. The public perception of the character isn't very favourable at present (although anyone who has read the recent comics or sampled Aquaman in various DC animated projects will rightly tell you otherwise), but I don't expect people will be making fun of the fish-whisperer when they leave cinemas next November.