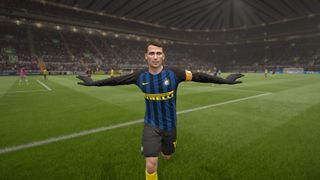 Antoine Griezmann is the biggest name in FUT TOTW 25, but manages to avoid being labelled either a hit or a miss as part of GR+’s new regular look at the best new players added to FIFA 17. Instead, it’s a Premier League-heavy update this week, with one unfashionable Bournemouth keeper being the hottest pick-up of the lot. Just so long as you act fast. Expect his price to skyrocket once the masses realise how cheap he’s shifting for.

Premier League in-forms are always useful with regards to future SBCs – particularly Player Of The Month challenges, which are focussed on English top flight players. So any time you can snap up a Prem TOTW card for 12,000 coins or less – just a couple of thousand more than the discard price – it’s a no-brainer purchase. Act quick and you’ll get Boruc’s 81-rated card for 11K, with his value likely to rise at least 4-5K between now and season’s end.

Left-sided in-forms in the Bundesliga are rare like Arsenal wins in Munich. Your options previous to this week were Gnabry, Forsberg, two versions of Calhanoglu, or - for a preposterous 800K - cover star Marco Reus. You can now add Johnson to that list, and he’s immediately worth snaring because of the single attribute FIFA players value above all others: Pace. Of the above options only Reus is faster, meaning there’ll be a permanent market for Johnson among players looking to build speedy Bundesliga teams. Drop 24K now and you should be able to sell in a month’s time for a cool 30K.

Again, Premier League players are sound investments if you can nab them early enough, for the right price. If you invested in Idrissa Gueye last week, you’re guaranteed to make profit in the long run; his card is now extinct, as traders wait for EA to lift its Buy Now price before they relist. There’s a fair chance Tadic’s card, also rated 84, heads the same way. Look to pay 31K or less; if Dele Alli’s 84-rated card is anything to go buy, Tadic should eventually rise to 45K or higher.

… and three to avoid

With 91 Physicality and 90 Defending, the Senegalese stopper is one FIFA 17’s best centre backs – but at over 100K, his new 86-rated card will cost you more than double the price of his 85-rated TOTT version. The small increase in stats just isn’t justified by that exorbitant cost. Indeed, even his 82-rated card installs a force to be reckoned with to your Calcio A backline – and that can be had for as little as 2K.

While Pace was the main motivation for recommending the affordable Fabian Johnson, his Bundesliga contemporary can be shied away from for the same reason. Only the richest of the rich can afford a forward with 98 Pace, meaning Auba’s new 89-rated card is currently going for 2 million coins. Even if you could afford such a sum, you’re unlikely to ever see a return on it, and entire teams on quality players from any of the top leagues can be assembled for the same amount.

After recommending two players for you to chase hard this week - at the right price - here’s one to shy away from. Arnautovic’s 87-rated card features a centre forward’s repertoire, with 88 Physicality and 87 Passing, so is somewhat wasted on the right flank. Three 86-rated cards will actually perform better for you out wide (Mahrez, Walcott, Mkhitaryan), and all are at least 15K cheaper than Arno’s 187K asking price.