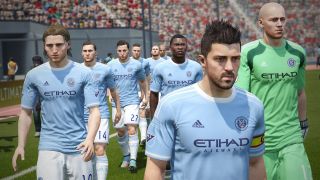 If you're a longtime FIFA Ultimate Team player, you may feel that you don't get quite your money's worth from certain players despite their stats. You're not alone. The community for the popular online team-building mode believes it has discovered a major issue preventing many highly sought-after player cards from reaching their full potential across multiple years of FIFA, and EA - while not outright confirming the issue - is investigating the problem.

You can check this Reddit thread for the full details, but the basic gist of the issue is this: all FIFA Ultimate Team players are supposed to be affected by a stat called "Team Chemistry", which can be built by giving them familiar teammates or just by playing them frequently. Lower levels of chemistry make players perform worse than their statistics would indicate, and higher levels make them perform better.

The problem is that chemistry doesn't appear to affect all players as it should. According to research from the community, player cards added to Ultimate Team after the game ships (they're sold in packs like trading cards) don't receive the stat adjustments from chemistry. Since some new cards are issued mid-season for players that are performing "in form", they may have better baseline stats, but their skill ceiling is actually lower than their old version!

EA does seem to be concerned about the problem, though it's not saying whether or not developer research bears out the community's findings yet. Here's the official statement an EA representative sent my way.

“Thanks to the FUT community for raising awareness of a potential fitness and chemistry inconsistency in some FUT items. After hearing this, our teams were in over the weekend and continue to thoroughly investigate the information. We will keep you informed with updates from the investigation. Our commitment to a fun, fair and secure experience in FIFA is ongoing, and as a community your feedback helps us achieve that goal. A special thanks for your continuous efforts across all channels.”

It looks like this problem may have been around since the very first iteration of FIFA Ultimate Team in FIFA 09. Fans have spent a lot of real-life money on card packs in search of high-end new cards since then, and a lot of in-game currency on trades, so this could be a big problem. I'll let you know as more details emerge.