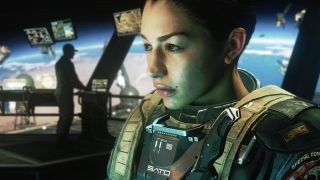 Call of Duty: Infinite Warfare gained a bit of a reputation when it debuted, becoming one of the most-disliked videos on YouTube. There's been much hand-wringing over the game's quality, especially considering the widely-panned Call of Duty: Ghosts was the last CoD game from Infinite Warfare developer Infinity Ward. Our Infinite Warfare review dispels most of those fears, but what do other critics think? Let's take a stroll around the internet and find out:

Game Informer on the characters

While the characters are cut right from archetypal cloth, real empathetic weight seeps through the story from beginning to end. … Surprisingly, Game of Throne’s Kit Harington as a critical commander of the enemy forces is the one notable misstep in the cast, as he fails to create tension or animosity as an antagonistic presence. Other characters, like the robot-soldier Ethan are surprising in a good way, as often the wisecracking sidekick trope is the stuff of annoying nightmares, but he’s handled masterfully and ends up stealing every scene he’s in.

The campaign's side missions, while skippable, elevate the overall experience of the single-player mode. Some of these sorties feature the campaign's most memorable assignments, such as an assassination plot where you're disguising yourself as an SDF soldier. The mission partners Reyes with Salter, and the appeal is as much about his banter with the lieutenant as it is about a satisfying opportunity to eliminate some high-level SDF officials. This optional section of the campaign also lets you log additional flight time since half the missions are Jackal operations. Given the limited opportunities to pilot the ship in the main missions, it's a joy to partake in additional dogfights and find ways to sink destroyers, often single-handedly.

Destructoid on the zombies mode

It goes full crazy right away, with psychic powers, killer clowns, rollercoaster minigames, and David Hasselhoff playing himself. Secrets will be uncovered for weeks on end just like previous maps, but there's far more incentive to keep playing with card upgrades (read: special powers that you can customize) and weapon unlocks to earn over time. Plus, it's the most welcoming zombies to date with a comprehensive and interactive tutorial for solo play.

Time magazine on the Jackal sequences

Most dogfights go like this: identify a distant colored blip, pursue, take near-lethal damage from a surprise bogey, wheel 180 degrees, then liquidate your pursuer in a hail of bullets-slash-missiles. Events unfold too fast and relentlessly furious for thoughtful play, reducing maneuvers to defense, and defense to triage. It’s a shooter’s exuberant but confused apprehension of arcade flight.

Polygon on what has - and hasn't - changed in multiplayer

If you played Black Ops 3, the multiplayer in Infinite Warfare is damn near identical. Movement feels the same, with boost jumps and wall-running returning. Character abilities work the same as well, although this time they’re locked to specialized rigs that come with a selectable super and passive ability. Some of the perks have been switched around, and the killstreaks are a little more space-oriented — laser bombardments instead of explosives, for example — but for the most part, this is Black Ops 3 multiplayer with new maps and some bells and whistles tied on.