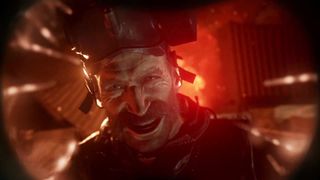 Space-hater prayers have finally been answered: you no longer need to buy one of Call of Duty: Infinite Warfare's special editions to play Call of Duty: Modern Warfare Remastered. A standalone version of the game is now available on PS4 in either physical or digital form for $39.99 / £34.99.

That price doesn't include the Variety Map Pack, which adds four more remastered maps to the game (as well as 10 rare supply drops). That DLC is available for a discounted $9.99 / £7.99 on the PlayStation Store until July 5th.

Bundling Modern Warfare Remastered exclusively with Infinite Warfare was a controversial decision. Some fans complained that they felt they were being coerced into picking up the new game when they really just wanted a spruced-up version of Modern Warfare, the Call of Duty title that arguably made the series into the worldwide entertainment force it is today.

Activision hasn't announced if or when the standalone version of Modern Warfare Remastered will arrive on other platforms. But it's a pretty safe bet that it will follow the usual month-long exclusivity window, so look for it on PC and Xbox One some time in late July.

For more on the future past of Call of Duty, read our full Call of Duty: WW2 info article.