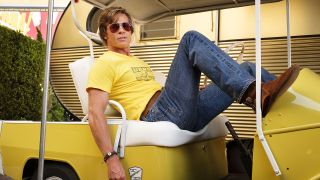 Brad Pitt has won the Oscar for Best Actor for his performance as Cliff Booth in Once Upon a Time in Hollywood, beating fellow nominees Tom Hanks (A Beautiful Day in the Neighborhood), Anthony Hopkins (The Two Popes), Al Pacino (The Irishman), and Joe Pesci (The Irishman) in the first award of the 92nd Academy Award.

Accepting the awards, Pitt said: "Thank you for the Academy for this honour of honours... this really is about Quentin Tarantino. You are original, you are one of a kind. The film industry would be a much darker place without you."