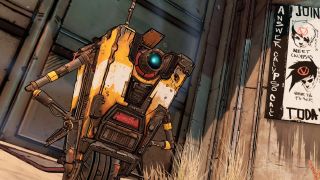 By this point, we've seen more than enough of Borderlands 3 to know that we want it, and we want it right now. But that September 13 release date is still over a month away so, in the meantime, we'll just have to do with developer Gearbox's steady drop of new trailers and gameplay footage till then.

Luckily, the game is part of IGN's First coverage this month, beginning with the first 14 minutes of gameplay from Borderlands 3's initial chapter, which kicks off presumably right after the opening cinematic that has the tough job of following up this absolute belter.

Check out the footage below, and keep a mental timer going in your head to count how long it takes before Claptrap starts to drive you insane. I made it to the 2:47 mark, when he starts... well, you'll see.

The Outer Worlds, Borderlands 3, and the unexpected resurgence of the video game space western

Aside from all things Claptrap, the new Borderlands 3 gameplay gives us a better idea of the story, which sees your Vault Hunter take the fight against the Calypso twins and their Children of the Vault cult, alongside the game's enhanced controls (parkour!), combat (alternate fire modes!) customisation options (emotes!), and more.

Make it all the way to the end, and you'll even see original Borderlands Vault Hunter Lillith show up, now leader of the Crimson Raiders after the events of Borderlands 2's newly released DLC. Something tells me things are going to take a turn for the worse right after the gameplay footage conveniently comes to an end...

We're likely about to hear a lot more about Borderlands 3 over the course of its last full month before launch, too, so make sure to stay tuned to GamesRadar+ for more info as it arrives.

For more, check out the latest Borderlands 3 character trailer for Moze, or watch the video below for a guide to everything else out this week.