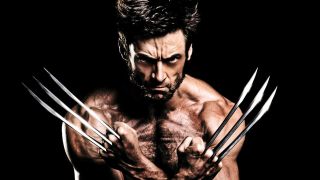 When Hugh Jackman donned Wolverine’s claws for the first time in 2000, he kick-started the superhero bubble that has barely even come close to bursting in the 17 years since. Since then, Jackman’s bad-tempered, but ultimately heroic character has starred in multiple X-Men movies, as well as his own solo films, and more. Sometimes it’s just a cameo, sometimes it’s a magazine cut-out stapled to Deadpool’s head, but he’s been around for a while. But now, with the release of Logan, he is bowing out, and the X-Men universe will never be the same again, so I’m celebrating some of Wolverine’s best moments of all time.

The moment: Days of Future Past often leaves Wolverine floundering in the leftover drama from First Class, but one thing that really works is the way Logan and Charles switch roles. When Logan first meets the young Charles and gets into his head as effectively as the older Charles does way back in the first X-Men film, it brings the series full circle.

Why it’s badass: Few moments in the film series do a better job of demonstrating the respect Logan has for Charles – even when he’s a drunk ‘70s hippy.

The moment: With his healing powers rapidly diminishing, Logan finds himself fighting some very persistent Yakuza on the roof of a bullet train. Fans were excited to see Wolverine’s Japanese comic book adventures come to life, but the bullet train was a clever way to bring his story right into the present day. If only he were fighting ninjas instead of gangsters.

Why it’s badass: Director James Mangold does a great job of utilising the train’s speed to come up with some really impressive effects and stunts – even allowing Logan to effectively fly.

The moment: Wolverine has suited up for the first time and joined the X-Men on a mission to rescue Rogue from the Statue of Liberty. Logan sets off the metal detectors and silences them with some well-placed stabbing. Cyclops gives him a stern look and Logan retracts all but his middle claw. Kids the world over go wild.

Why it’s badass: Okay, it’s not big and it’s not clever, but what else can Logan do when Cyclops is being a nerd and the movie’s only got a 12 rating?

The moment: The X-Men are trapped in a mysterious government facility until young Jean releases a prisoner. Turns out it’s the Weapon X facility, and the prisoner is Wolverine. He slaughters everyone in the facility, accidentally allowing the X-Men to escape too. As a thank you gift, Jean gives him back a fragment of his memories – his name, Logan.

Why it’s badass: Seeing Wolverine through the eyes of people who don’t know who he is makes him frankly terrifying. It’s like the T-Rex saving the kids from the Velociraptors in Jurassic Park.

The moment: In his very first appearance as Wolverine, Jackman’s Logan picks up a stowaway in the form of Rogue. After she witnesses his impressive but scary claws in a bar fight, she asks if it hurts when they pop out. “Every time,” Logan grimly replies.

Why it’s badass: In decades of X-Men comics, it had never really occurred to anyone to wonder if Logan’s claws actually hurt him. This moment is a tiny but brilliant bit of character work – Jackman’s Wolverine is not a fearless, painless tough guy, he’s just human.

The moment: Jean Grey has gone full Dark Phoenix and is on the brink of disintegrating the world. Logan is the only one that can get close to her, and so he saves the world and puts the love of his life out of her misery all with one fell swoop of his claws.

Why it’s badass: There’s not much that The Last Stand got right, but this was surely always where the trilogy was going – Logan was always going to have to take down Phoenix. Jackman nails both Logan’s grief and heroism in this scene.

The moment: History will remember the clumsily-titled X-Men Origins: Wolverine as the film that (eventually) led to Deadpool. But this montage, showing pre-Wolverine, pre-Logan James Howlett and his brother Victor battling their way through every war from the American Civil War to the Vietnam War, looks like something from an entirely different movie. And that movie would have been good.

Why it’s badass: The sequence is comparable to Watchmen’s clever opening montage, and gives a real sense of just how long-lived Logan is, and set the tone for his rivalry with the future Sabretooth.

The moment: Logan comes face to face with William Stryker, the man responsible for his transformation into Weapon X, following the attack on the school, and immediately feels something. Bobby Drake separates them before they can talk, but Logan finally knows that answers are within his grasp.

Why it’s badass: Logan is rarely seen in anything other than tough guy mode, but here we see an edge of panic and vulnerability when he comes close to finding out about his past – and isn’t sure if it’s a past he wants to know about.

4. Logan sacrifices himself to save Rogue

The moment: Wolverine saves Rogue from Magneto’s machine but it seems he is too late to save her life, until Rogue’s powers kick in and she starts absorbing his healing ability – almost killing him in the process.

Why it’s badass: The relationship between Logan and Rogue – the two outsiders – is the emotional cornerstone of the first X-Men movie. It is through her that Logan’s softer side is revealed, and this is the moment we (and the X-Men) realise that Logan isn’t just a badass – he’s a hero.

The moment: Buried within the great recruitment montage, young Charles and young Erik stumble across a mutant that they can’t charm into joining their group. “Go fuck yourselves,” Logan eloquently tells them, before they can even finish their pitch.

Why it’s badass: It drew big laughs and spontaneous applause in cinemas, is genuinely unexpected, and has the good sense to be brief. It’s also the first f-bomb in an X-Men movie, and who better to deliver it?

The moment: We first glimpse Logan in a cage fight, but barely get a good look at him. It’s not until he gets his claws out in a bar fight, barely keeping his animal instincts in check, that we feel like Jackman IS Wolverine – even if he is a foot too tall to play the famously 5 foot 2 comic character. But who really cares?

Why it’s badass: That close up of the middle claw coming out of Logan’s knuckles and heading for the throat of the man who tried to bottle him was Wolverine’s REAL movie debut.

1. Logan's berserker rage in the Mansion

The moment: Stryker’s team wait until all the teachers are out before attacking Xavier’s school – but Logan isn’t a teacher. He massacres every single one of Stryker’s team that he can get his claws on.

Why it’s badass: If anyone had a complaint about the first X-Men film, it’s that Wolverine doesn’t have one of his classic berserker rages. So here we finally get to see an even more pumped-up Jackman cutting loose as Wolverine roars and stabs his way around the building, like a particularly angry lion protecting his cubs.